What a Cheap Shot

I always liked reading in my laptop a Tamil daily, Dinamalar, for their news and analysis. I am aware that this daily is anti DMK and anti Karunanidhi. Is this the reason I liked this daily? I don’t know. May be. That is another post for some other day.

A few hours ago, I saw a breaking news in Dinamalar. It said:

When we mention “Stalin” in Tamilnadu (or in India), we immediately associate the name with Mr. Karunanidhi’s son Mr. Stalin, who was the Deputy Chief Minister of Tamilnadu. He is 58 years old and has a daughter, Senthamarai.

I was shocked to read the news. I thought Stalin’s daughter, young Senthamarai died. My thought process goes like this:

Senthamarai is young. She had an accident? Was she sick? So many other questions and concern as a human being.

Two hours later, after many reader comments/complaints, the daily Dinamalar, changed their caption to:

No mention of “Stalin”.

What a cheap shot. Newspapers and televisions will do anything to get a rating. MF. 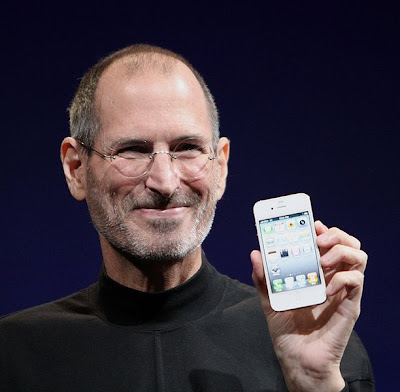 It is very sad Steve Jobs passed away today at the age of 56. A legend is gone.

A message from Apple said he was a visionary and a creative genius. There is no doubt about that. He cofounded Apple in 1976. Products like Mac, iPod, iPhone, and iPad will be there to testify his ability to develop revolutionary technology.,

Thank you Steve. Thank you for Apple.