Last weekend was the wedding. We left San Francisco on Friday for Puerto Vallarta, Mexico, and returned on Tuesday. Saturday evening was Mehandi. Sunday was wedding and reception.  (There was Mehandi for men also.  Until that day, I thought Mehandi was only for ladies/girls.  No, I did not have Mehandi on me.)

Here, I have to praise the Bride and the Groom. They both paid for the room charges at the Westin Hotel for us. (May be they paid for all the guests. I don’t know).  Paying for one couple at a 5 star hotel for 4 nights will cost an arm and a leg.  The marriage function was only for 2 days. But we wanted to stay for extra 2 days for sightseeing purpose. It is very nice of them to pay for all 4 days

This was a pleasant surprise for us.  We never expected this.  We were prepared to pay for all 4 days.

These two made all the physical arrangements themselves and paid all the expenses for their wedding.

Here are some photos from the marriage. I purposely did not show any face. 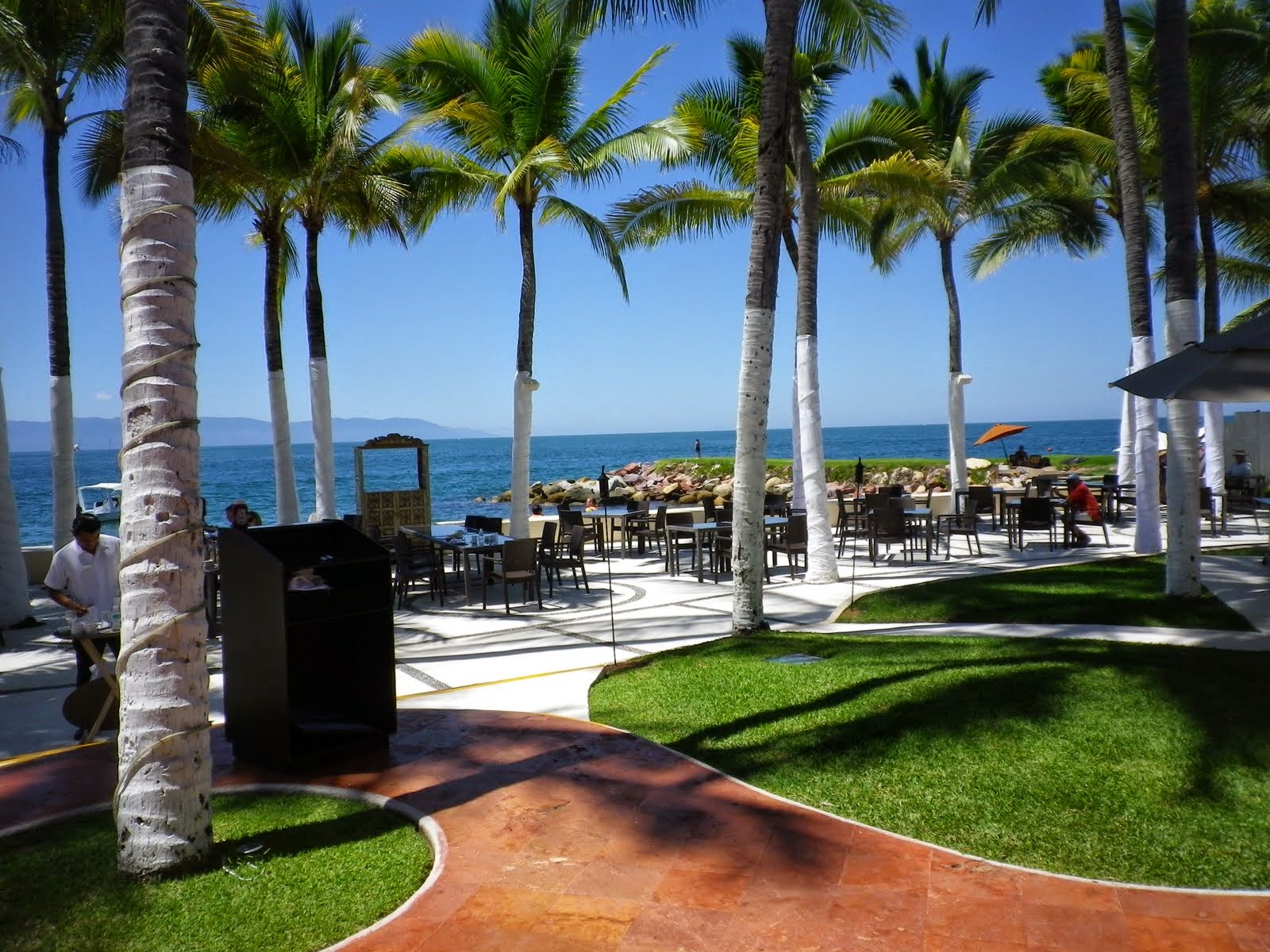 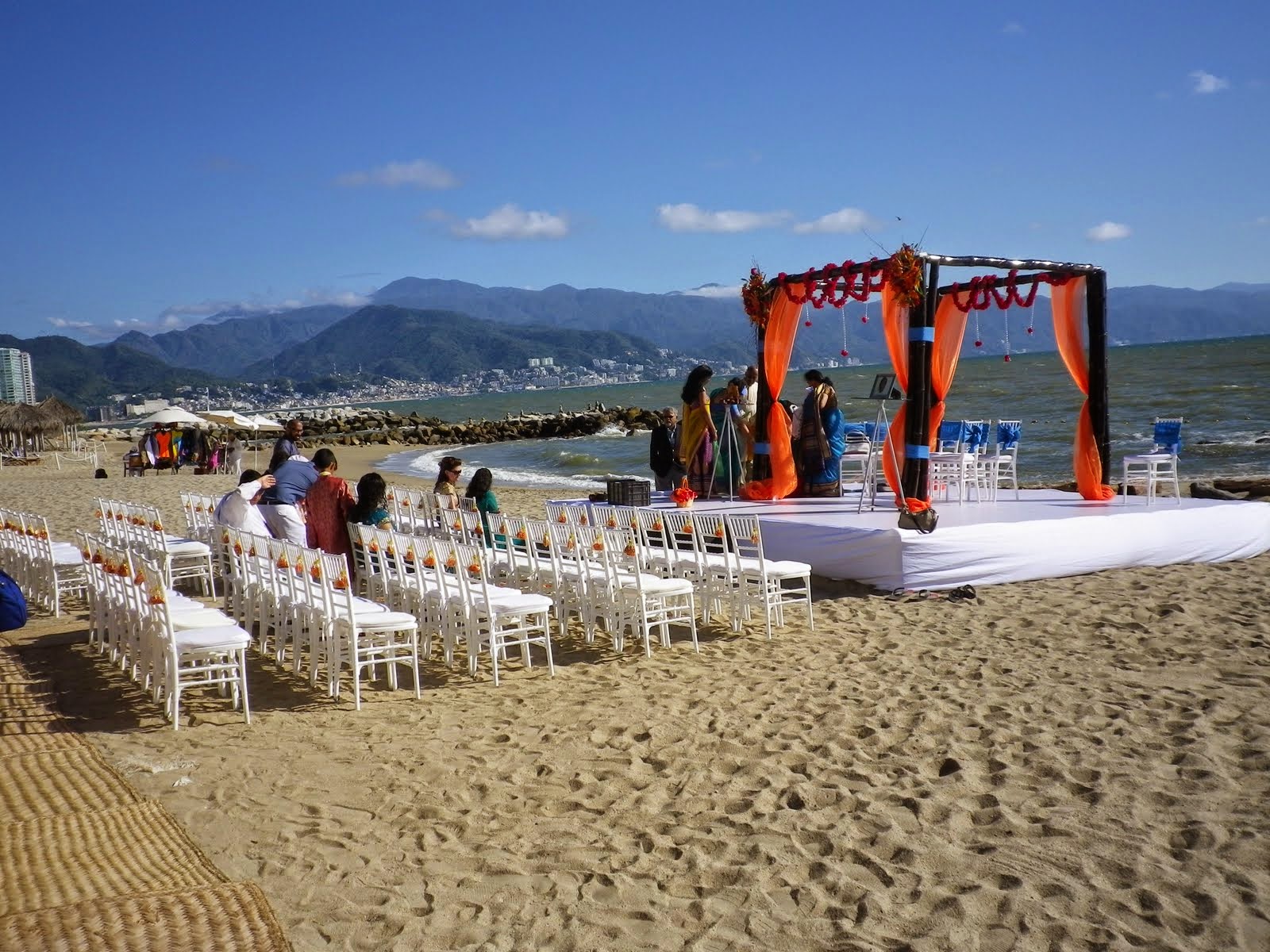 Wedding Mandapam (near the water) - photo taken during day time 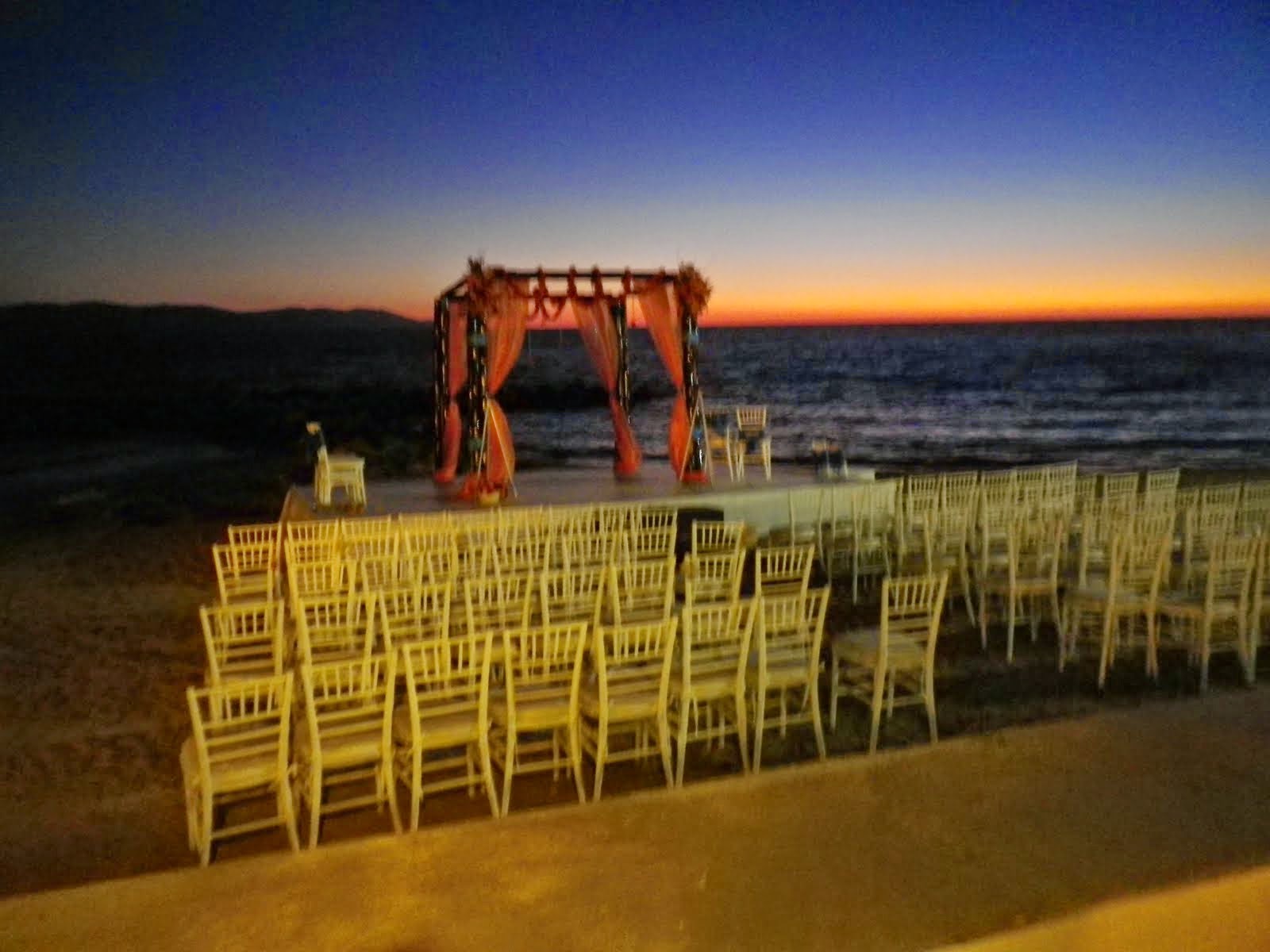 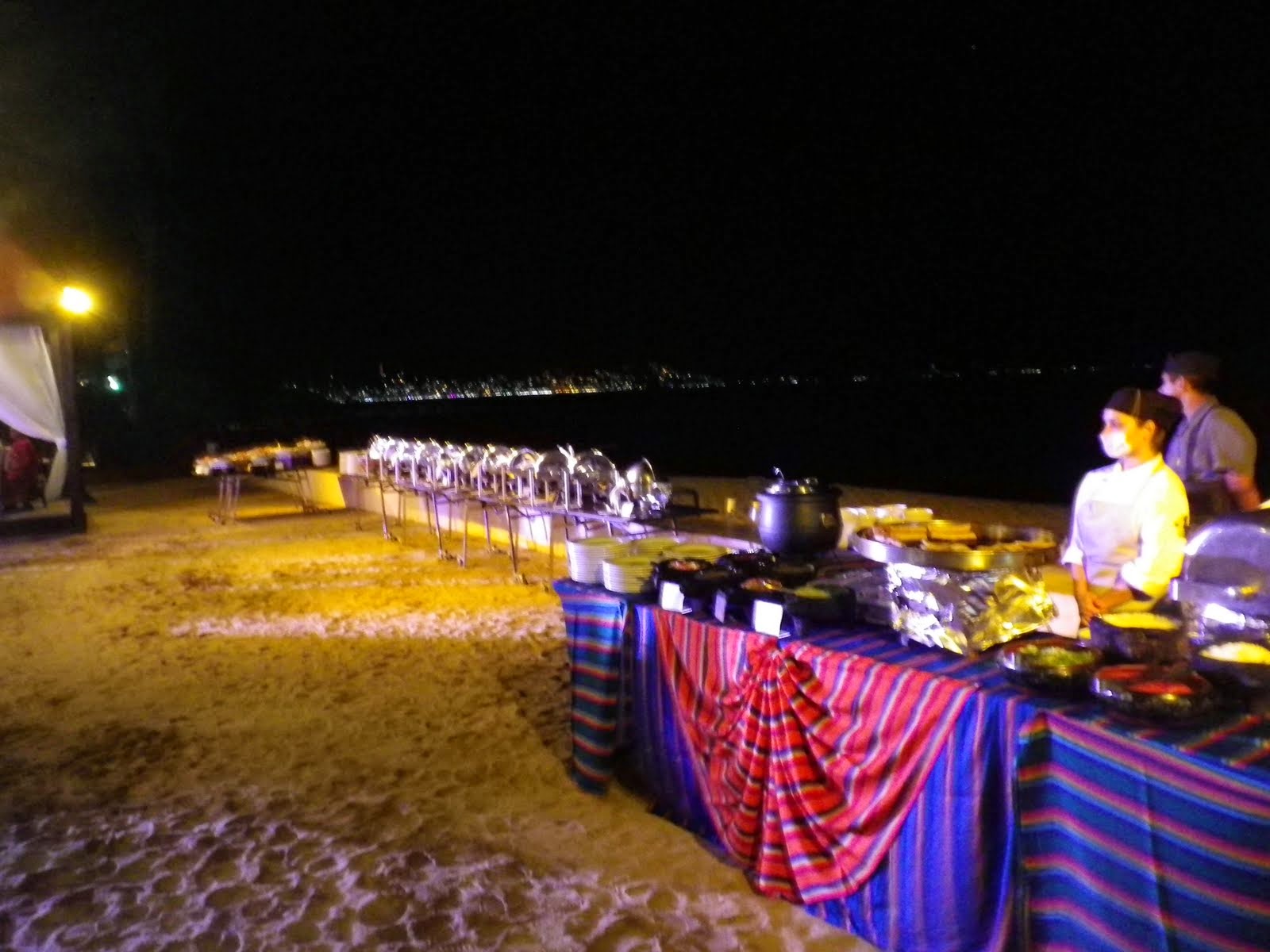 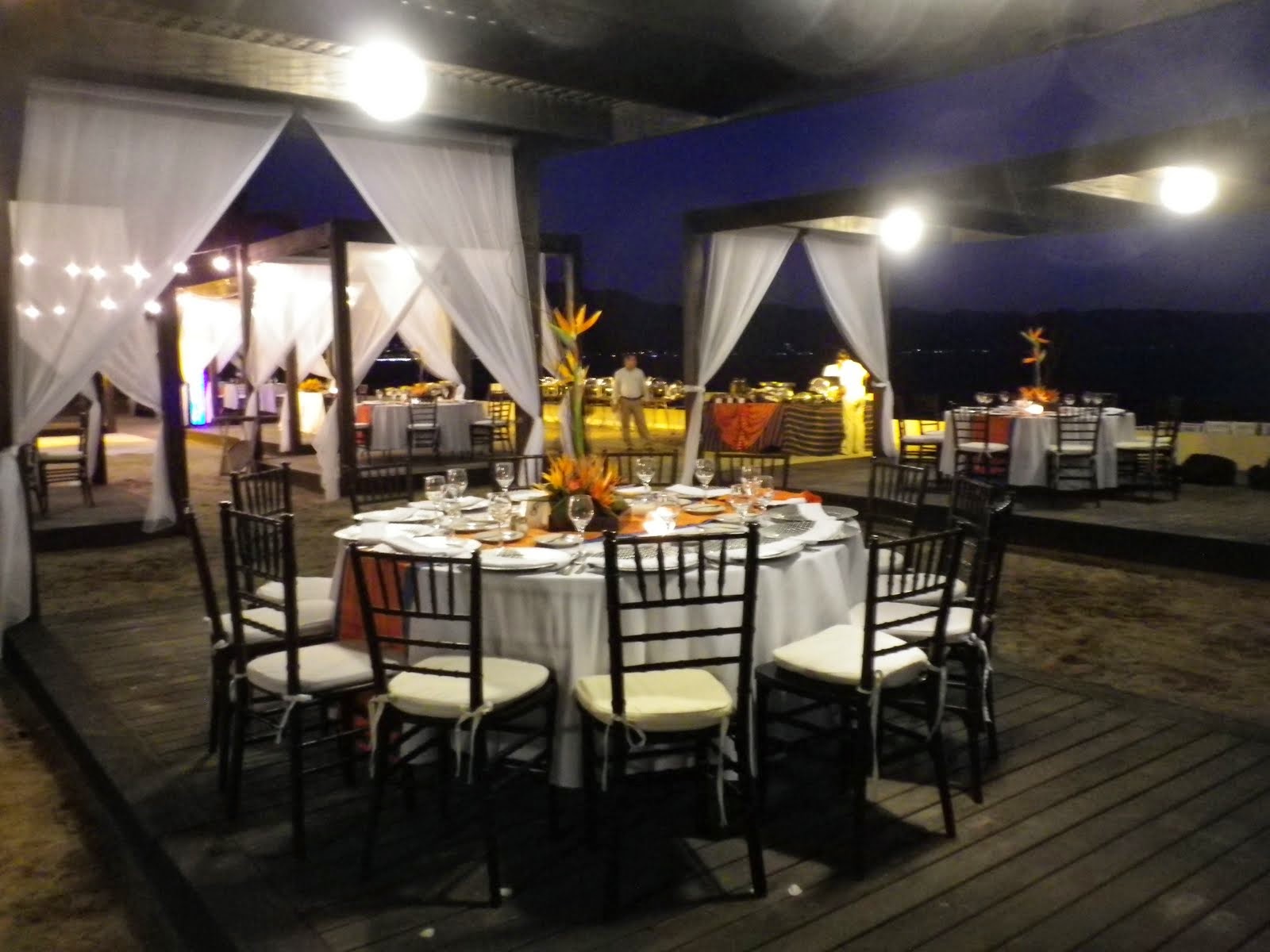 Several make shift arrangements for dinner at the beach 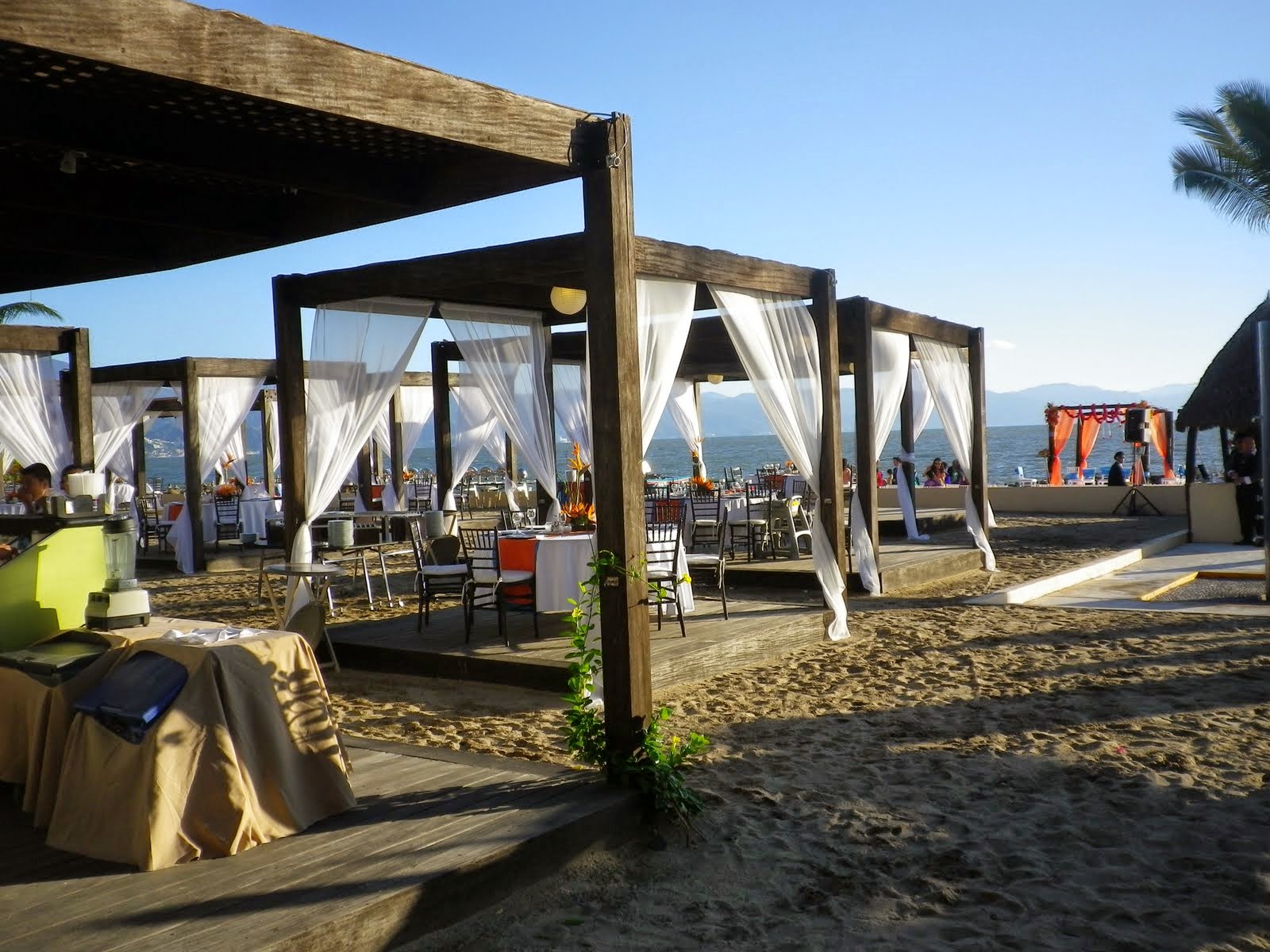 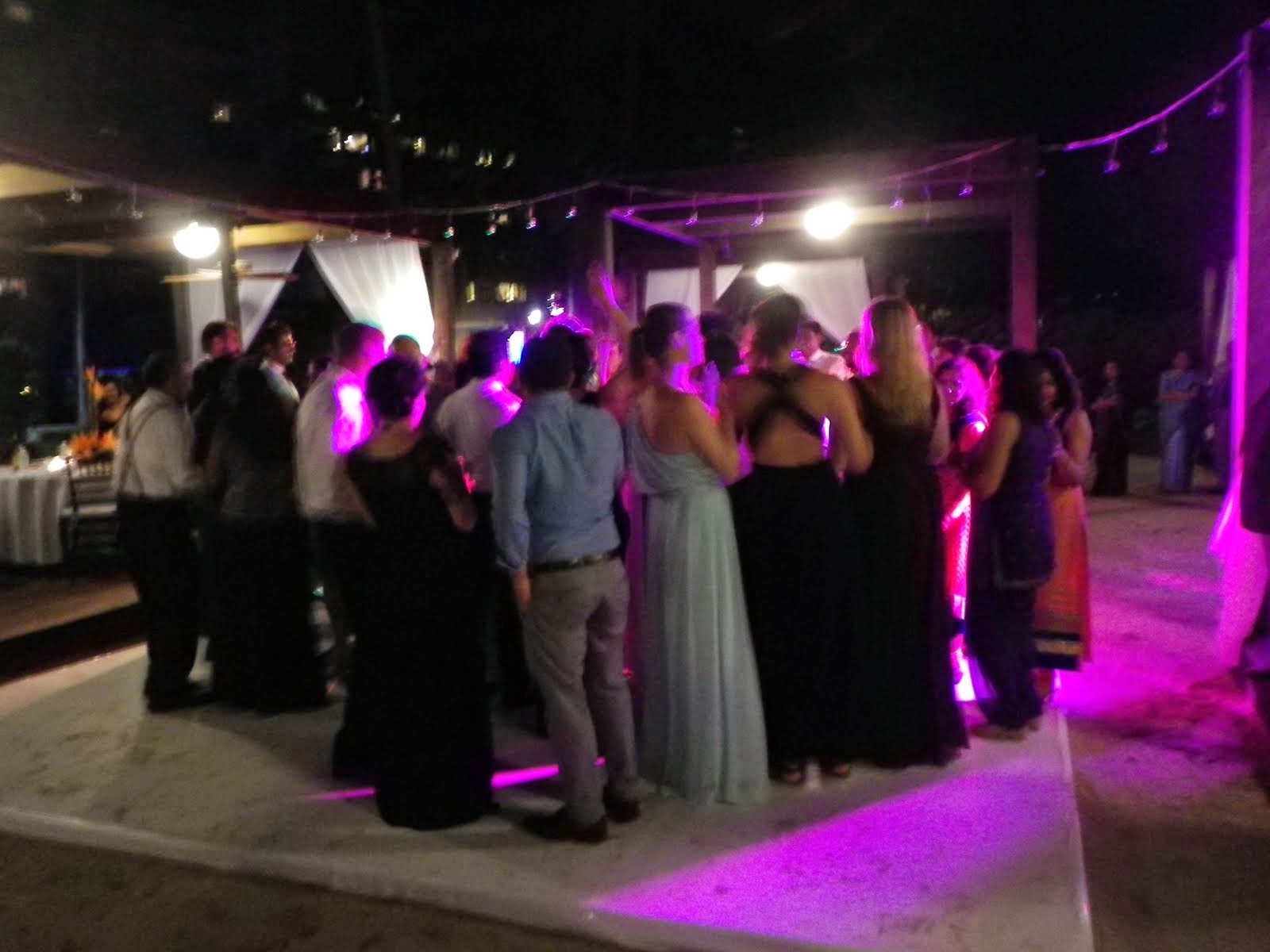 I just read in the newspaper that a bride in India cancelled her wedding  with the groom because he was not able to answer a simple math question.  Apparently, she asked him what is 15 plus 6.  Looks like he answered 17.

I think the bride acted hastily.  The groom would have received an A for this answer in USA.

I wrote this following post in August 2013.  I wanted to re-publish this.

Please look at this clip from You Tube.  Amanda August, a curriculum coordinator in Chicago, tells a class that getting the right answer in math does not matter as long as kids can explain the reasoning they used to get that wrong answer.

She says the answer for 3 x 4 is 12.  But if a kid comes with an answer of 11 and can explain and tell how he/she arrived at that answer, it is acceptable.

When I saw this video, I could not believe my eyes.  Where this country is going?
These are the future engineers and scientists who will be building our planes, submarines, and nuclear bombs?

I go to Safeway (a grocery store).  I pay for my groceries.  The counter girl gives me change.  It should be $8 but she gives me $7 only.  Here is your change Sir.  But this is the wrong amount. This is how I arrived $7.  Gives me a logical explanation.  It is still wrong, stupid.

Hope these teachers accept this "new math" for calculating their pension at the time of their retirement.

So, it is ok to kill someone as long as your can explain logically how you did it and why you did it.

This is a real story.  A colleague at my office told me that India is located very close to USA.  I asked him if he really knows where India is.  His reply: Indiana is in USA and therefore India must be closer to USA.  He gave the right explanation alright.

No wonder all the American jobs are outsourced to India and other countries.


PS:  I have read comments on this news from various Indian newspapers.  Most of the comments support the bride. Me too, to some extent.  What if the groom had asked this question and the bride gave the wrong answer and the groom called off the wedding, what will be comments from the public be? Supportive of the groom? Me think not.  What do you say?
Posted by SG at 7:04 PM 42 comments:

I am sure most of you would have heard about “Destination Wedding”.  A destination wedding is when the bride and groom select an exotic (strange) place for the wedding ceremony.  That too to have a traditional wedding based on their religion/community.

Take for example a Tamil Brahmin bride and groom who live in Chennai, who have never visited any place outside of Tamilnadu, select Agartala for their wedding ceremony.  They also want to have the wedding in a Tamil Brahmin style.

If the bride and groom spend their own money, it is fine.  But many brides want the parents to pay for the wedding and also make the arrangements.

What a logistics nightmare!

In my above example, the parents have to make arrangements in Agartala for the wedding hall, arrange Tamil Brahmin cooks for the feast, arrange a Tamil Brahmin punditji, and transport so many wedding related stuff from Chennai to Agartala. It will be financially and physically exhausting for the bride’s parents.

And the bride and groom expect all the invitees to attend also.  Not all have enough money to pay for the train/plane tickets, pay for the hotel stay, and give a wedding gift also.

It has become a fashion among NRI girls who are living in USA.  Couple of years ago, the daughter of a friend of ours had her wedding ceremony in Hawaii.  It is pleasing to hear “our wedding is in Hawaii”.  But the nightmare that was experienced by her parents cannot be described in words. (The mehandi function was on a chartered boat in the middle of the  Pacific Ocean).

Why I am writing this?  In about 10 days, we are going to Puerto Vallarta, Mexico.  It is a famous beach resort in Mexico.  We have to attend this wedding.  The bride is Tamil Brahmin and the groom is Gujrati.

One good thing in this wedding is the bride and groom make all the physical  arrangements. They also pay for their wedding costs.

Arrived in San Francisco safely, but with lots of drama.  The flying was smooth and enjoyable.  No problem with that.  The drama was at the Chennai airport.  Here is what happened.

Our flight (British Airways) was on Sunday, March 1, 4:00 am.  They never made any announcement until 6:00 am.  At that moment, the pilot and the BA (British Airways) Airport Manager came and informed us that there were some engine trouble in the plane and they had to bring the parts from London.  It was going to be a long wait.   They announced that all the passengers will be booked in hotels and they will work on alternative arrangements for each passenger.

We checked into the room.  Nice room.  We had breakfast at the Hilton’s restaurant.  My wife had pain in her legs.  Therefore, we decided to order room service for lunch and dinner.

At 4 pm we got a call from BA.  They said they will send us to San Francisco via Etihad Airways.  I told them that Etihad Airways is a crappy airlines and I want some other airlines.  They called me within 5 minutes and said they made arrangements for us with Emirates Airlines and we were very happy.  The flight was to leave at 3:30 am on Monday (via Dubai).

We were getting ready to leave for the airport from Hilton at midnight.  At 11 pm we got a call from BA stating that Emirates have cancelled our reservations and they will make some other arrangements.  I waited until 11:30 pm. Since then I called BA at least 25 times and no answer from them.  I never received cancellation notice either from BA or Emirates.

I then called Emirates at 11:50 pm.  They said our reservation is confirmed and no one cancelled them.  They asked us to come to the Airport to board the flight.

We then vacated the room and the Hilton reception had a surprise for us.  They presented me with a huge bill for lunch and dinner.  I asked them the reason. They said that breakfast, lunch, and dinner are free only if eaten in the restaurant.  The “free” does not cover lunch/dinner room service. Neither BA nor Hilton informed us the room service is not covered by “free”.  I therefore paid the bill.  I am in the process of sending a claim to BA.

We arrive at the Chennai airport.  We go to the Emirates Business Class counter.  They were very nice and courteous.   I said we have 5 baggages to be checked.  The girl in the counter said: “Sir, you are allowed only 4 baggages”.  I said I did not book our tickets in Emirates.  I booked in British Airways and their policy for business class passengers is 3 baggages each – for me and my wife.  In such situations, the receiving airlines should honor the baggage policies of the sending airlines.

(Side bar.  BA is one of the worst airlines in the world on customer service.  I still booked our tickets with them because they allow 3 baggages (70 pounds each) per business class passenger whereas other airlines allow only 2 baggages per passenger.)

I was appalled at the BA Supervisor (who should know their baggage policy) telling me that I am allowed only 4 baggages.

From Dubai to San Francisco, we flew on a A380-800 Airbus Plane.  Until now, we have never flown in this type of aircraft before.  This is the largest passenger aircraft.  Double Decker.  More than 800 passengers on all economy flight.   More than 500 passengers on a flight that has 3 classes - First, Business, and Economy.  Flying time Dubai to San Francisco is 16 hours.  Enjoyed very much.
Posted by SG at 5:18 PM 20 comments: