A friend of mine sent me an email this morning asking if I am going to write a blog post about Football. Usually I write a post or two during the FIFA matches. Here is the one I wrote in July 2014. World Cup Finals.
Being in California, I can hear Spanish conversation all the time outside of my home – be it office or mall or grocery store or movie theater or restaurant. I understand the basic words like Cerveza means beer. (I thought sarvesa means God in India.)
I watch as many matches as I can possibly watch. But English commentaries are no fun. If you want to get really excited during the match, listen to Spanish commentary. Even if you don’t understand the language, you will feel very excited.
New York Times sports writer Richard Sandomir wrote all soccer games should be broadcast in Spanish or Italian.
If you listen to a soccer match commentary in Spanish it is a sensation of belonging. Someone feels the way you feel. I always feel like someone giving the commentary in Tamil or any other Indian language. Here is a sample of Spanish commentary. (Note: When you hear the word “gul” they mean “goal”.)

Please listen to this less than 4 minute video before commenting. Thanks.
Posted by SG at 10:27 PM 11 comments:

Today, June 25, is Michael Jackson’s death anniversary. Just want to remember something good about him.
We all know the famous song (Beat It) written and sung by Michael Jackson.
In 1984, “Weird Al” Yancovic released a single “Eat It”, a parody of Michael Jackson song, “Beat It”. Parody means making fun of the original. This music video, “Eat it” became very popular. "Weird Al" got a Grammy for that single.
Before producing this album, he asked Michael Jackson’s permission.  Michael Jackson was a mega star. Still, he was not only magnanimous enough to give permission but also helped "Weird Al" with the production of "Eat It".
Here are the YouTube video of both – Beat It and Eat:

Quite a few world political leaders, when shaking hands, use both hands. Some shake with both hands. Some others shake with one hand and the other hand touches the elbow or shoulder of the person they are greeting. People who greet like this are considered (rightly or wrongly) “born leaders”. In USA, whoever wants to become a “born leader” practice this habit. Hahaha. A few sample pics: 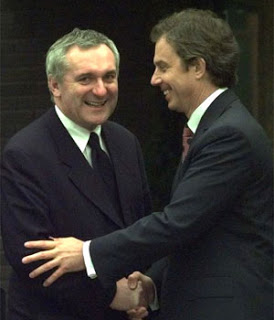 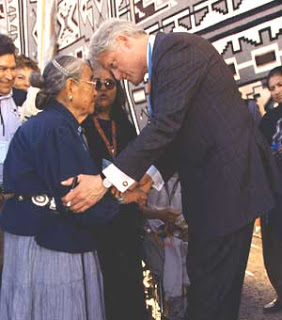 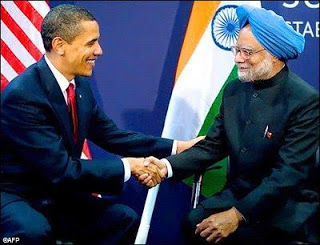 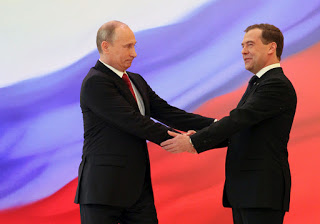 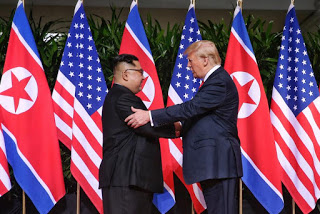 In one of my previous blog posts (Credit Card Caution), Rajesh (Destination Infinity) commented that “when I tried an online purchase 4-5 times continuously - again the card was blocked.”. I replied to Rajesh I will write about a similar interesting incident that happened to us.
Here is that incident.
A few years ago, one of my employees wanted to discuss something important on a Saturday. I took pity on that guy and told him I will take him for lunch. We went to a nice name brand Italian restaurant and had lunch. I then came home.
That evening my wife told me she was too lazy to cook dinner and wanted to eat out. I asked her where she would like to go and she gave the name of the same restaurant I had lunch with my office colleague. I told her I had lunch today in that restaurant. She then wanted to go to a different restaurant. It was her favorite restaurant, so I insisted on going there though it will be second time for me in the same restaurant that particular day.
We go to that restaurant. We had a nice dinner. The bill came. I gave my credit card and the waiter took it to the register. He came back and whispered: Sir your credit card has been declined.
I could have given him another credit card and left the restaurant. But I was in a mood to find out why it was declined. I called the credit company on my cell phone and asked them the reason. They had the most laughable reason. Sir, your credit card was charged in the same restaurant for lunch and it is also being charged for dinner also. It is a very unusual activity and therefore we declined.
I had to explain to them it was a legit and asked them to remove the block. They did it immediately.
I asked the waiter to process my credit card again and it was accepted.
On the way back home, while I was driving, I had an earful for going to the same restaurant twice in a day.
Posted by SG at 12:16 PM 15 comments: 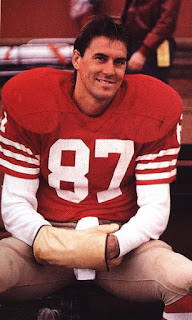 Our own San Francisco 49ers’ Football legend, Dwight Clark, passed away today due to amyotrophic lateral sclerosis (ALS), also known as Lou Gehrig’s disease. He was 61.
Clark played college football with the Clemson University. He was recruited by the San Francisco 49ers in 1979. Clark played for them until his retirement in 1987.
During his 9 years with the SF 49ers, Clark played on two super bowl championship teams.
He was made famous by the entire football world for catching the winning touchdown pass from Quarterback Joe Montana (16) in the NFC Championship Game in January 1982 against the Dallas Cowboys. The play immortalized as “The Catch” made room for the SF 49ers to win their first super bowl championship.
Clark is survived by his wife, a daughter, and 2 sons.
His contribution for the success of the San Francisco 49ers is immeasurable.
May he rest in peace.
Here is a YouTube video of "The Catch".