Just want to share a few experiences we had in restaurants.
We went to a name brand Mexican Restaurant on Mother’s Day.  It was very crowded.  We waited for 45 minutes at the bar since they don’t take reservations.  Finally we were seated.  Ordered drinks.  Then ordered dinner.  I ordered enchilada with rice and beans.  My wife did the same.  Finally, after a long time, the food arrived.  It was enchilada with rice and a salad (instead of beans).  Asked the waiter where was the beans.  She said they ran out of beans and therefore substituted salad.  I asked “are you kidding? Mexican restaurant running out of beans?”  She said unfortunately yes.
It is like a Punjabi Dhaba running out of dhal.  Or a restaurant in Chennai running out of Idli during morning breakfast time. We declined to eat and left the restaurant to a nearby Italian. (We may have agreed for the substitution if the waiter had informed us about this before bringing the dinner.)  Did not pay for the drinks.  They did not ask either.
This happened in a restaurant on our visit to .  This restaurant is near Victoria Station.  We (me, wife, and 2 kids) wanted to order pizza.  We were skeptical about the size of pizza in that restaurant.  Therefore, we asked the waiter to show us the size of a large pizza.  He brought a sample.  We were shocked.  It was a little less than the size of an oothappam.  In , if you order a large pizza, it will be enough for almost 3 people.
We ordered 6 large pizzas.
My wife and I were visiting .  At that time, my brother was living in and therefore did not have to stay in a hotel.  One evening we went to a restaurant for dinner.   That evening it was very windy and raining.  The service was poor.  What can we expect?  We all know French restaurants have the worst service in the world.  One guy wrote and I quote:
French person offering service, is not your friend. I've been served in by people who seemed to be offering me their body when all I'd ordered was a glass of seaweed and echinacea juice. You won't get that in .
“Sometimes getting good service in can feel a bit like non-consensual sex.”
My brother was pissed off.  So his wife and my wife and me.  We were given a table near the door.  Whenever some one comes in or goes out, the door will open and the rain and wind will hit on us.  The food was mediocre.  Finally, when the bill came, my brother did not want to leave a tip.  I told him that if we don’t leave a tip the management will think Indians do not have manners to leave a tip.  I said in order to express our displeasure we should leave a tip of one cent.  He did that.
This is funny.  This happened in a restaurant in Chennai.  We went for dinner in a restaurant.  At the end, we gave a very generous tip to the waiter.  We usually tip American style, i.e. 10% to 15% of the bill.  By chance, we went to the same restaurant 3 days later for dinner.  The same waiter recognized us and started to wait on us.  He brought the dinner.  He wanted to pay extra attention and give excellent service.
Therefore, while we were eating, he stood very close to our table.   We felt so uneasy.  After a few minutes, I told the waiter “if you move back 3 feet, I will put in an extra Rs.25 in your tip”. He moved back.
Love to hear from you any unusual experience in a restaurant.
Posted by SG at 5:42 PM 33 comments:

There is a trend nowadays with regards to eating in restaurants.  That is to eat at the Chef’s table.  Chef’s table is located inside the kitchen.  Not all restaurants offer this.  The reservation waiting list is at least 6 months to get a Chef’s table.
I always thought a restaurant kitchen is hot and noisy. So why would anyone want to eat in the kitchen?  I have never been to one yet.  But I am told that it is not inside the kitchen per se.  The eating place is separated by glass from the kitchen.  And, the chef discusses with the customers what to cook for that day and prepares.  It is a salon privee with a view.  You can also see the chef at work. 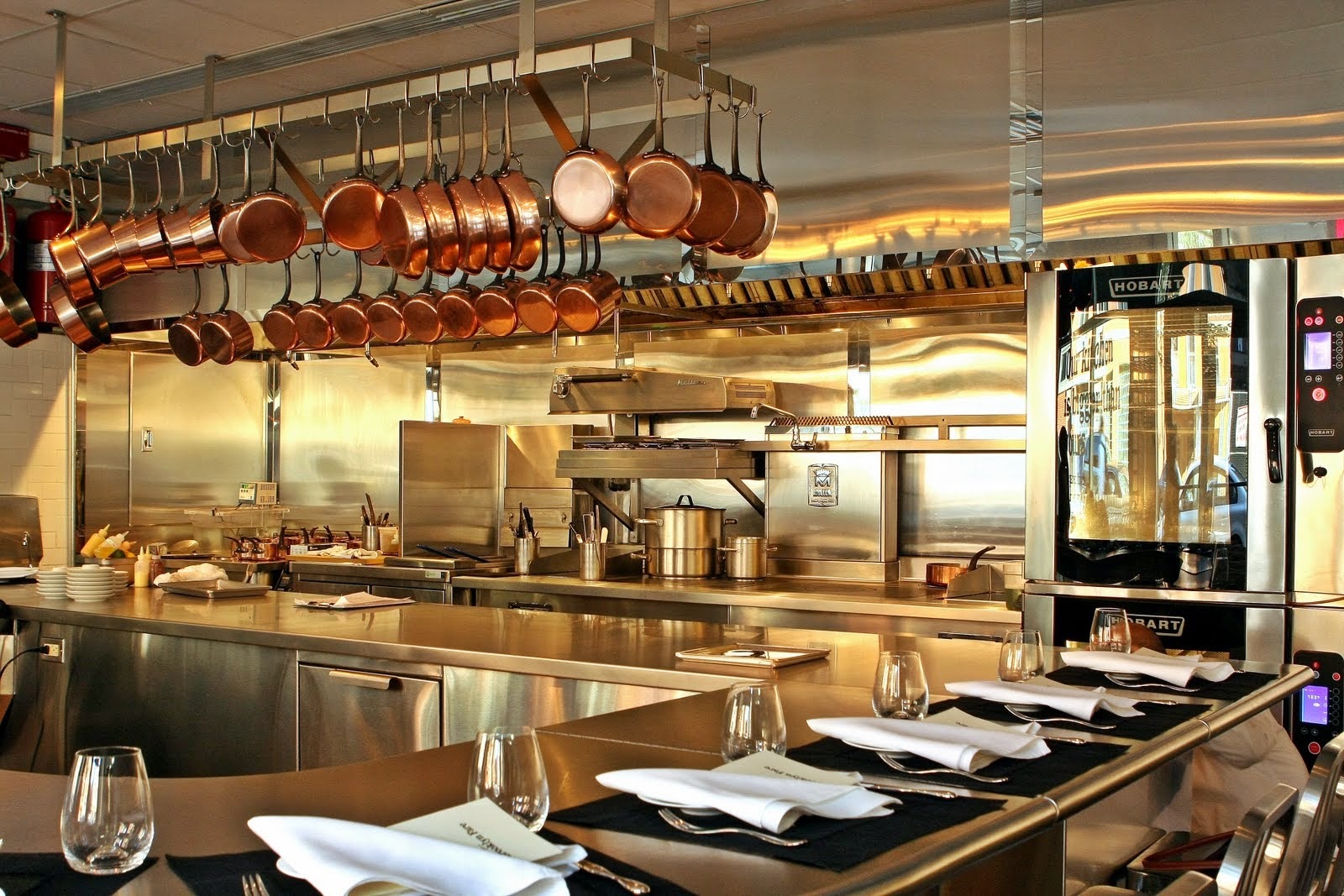 Chef’s Table at Brooklyn Fare Restaurant (Source: Yahoo)
What goes around comes around.
I have heard from my dad that there was a restaurant in Trichy in Tamilnadu.  Long time ago. May be in 50s and 60s.  The name of the restaurant was Sankara Vilas. Very famous for Rava Dosa.
What was unique for that restaurant was there were two dining places in Sankara Vilas.  Regular dining area and a dining area inside the kitchen.  Regular dining area had chairs and tables.  The dining area inside the kitchen was reserved only for the long time loyal customers.  They will sit on the floor in the kitchen and the food would be served on banana leaves.
Ahh. Imagine eating Rava Dosa on a banana leaf with 2 different chutneys and a bucket of sambar.  I am hungry now.
What they were doing in a no name restaurant in , 50 years ago, is now the fashion in .
Posted by SG at 4:58 PM 27 comments:

(This is a Fiction 55 based on a story I heard)
Robert was depressed. His business partner stole all his money.  He decided to do something.  He came to know a paid assassin.  The assassin asked him to leave the picture of the person to be killed and $50,000 at a secret location.  Robert just did that.
The assassin opened the suitcase.  It was Robert’s picture.
Posted by SG at 6:21 PM 31 comments:

This post is not about the Indian restaurant named Naan Stop in the food court of our local shopping mall.  This is about the movie Non Stop.  We saw this movie yesterday.  Here is the synopsis: 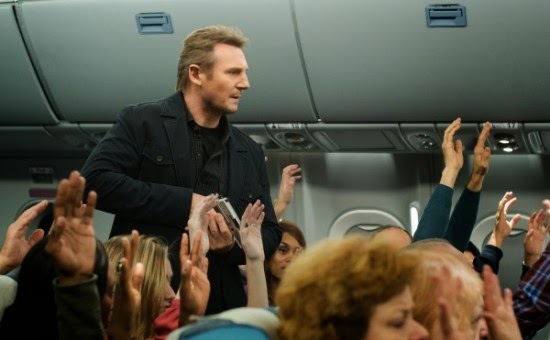 During a flight from to , a U.S. Air Marshal* receives secret messages demanding the airline should deposit $150 million in an offshore account.  The message also says until the money is deposited, one passenger will be killed every 20 minutes. Liam Neeson is Bill Marks, the U.S. Air Marshal.  He knew it is someone in the plane who is sending the message.  He decides to find out who that person is.  Every one is a suspect including Bill Marks himself.
Who is the villain? Did the plane land safely?  That is the story.
As always, superb acting by Liam Neeson in this suspense thriller.  Julianne Moore (4 time Oscar nominee) happens to be sitting next to Neeson.  Developed friendship?
The Director, Jaume Collet-Serra,  has done a good job if you want to ignore quite a few actions that defy logic.  The villain and hero exchange text messages throughout the movie.  We all know using cell phone while in flight is prohibited.  (Thank you Shashi Tharoor.).  But the hero and villain go back and forth exchanging messages.
Neeson elevates the otherwise B-movie thriller Non Stop into a tense enough action picture.

*U.S. Air Marshal is an armed federal law enforcement officer.  He/She will detect, deter, and defeat hostile acts against air carriers, passengers, and crews.  They are deployed on all passenger flights worldwide to protect airline passengers and crew against the risk of criminal and terrorist violence. (Source: Transportation Security Administration)
Posted by SG at 12:19 PM 24 comments: