IndiBlogger’s so called “contest” is just getting on my nerves.  To get maximum publicity for a product, many companies organize contests (thru IndiBlogger) so that bloggers write about them.
It’s only 11am now (December 18) and I’ve already read 5 posts on LenovoIndia.
Last week, I read 8 posts on Protect Against Smelly Stubble Activity.
The week before that, I read 7 posts on Bacardi Breezers.
I thought blogs are used to express our thoughts, feelings, opinions/views, ideas, and experiences.  I think of it as a vehicle to discuss ANY TOPIC that we see fit. It can also give our friends and family instant access to our thoughts and it’s kind of like our online diary.
IndiBlogger has changed that.  Now what I see are more and more posts on advertising products in the name of contests.  Like I said earlier, it’s a vehicle to discuss ANY TOPIC that we see fit.  So I’ll say that product promotion does fall under the “ANY TOPIC” category.  I guess there is nothing really wrong with that.  However, my problem is that I like to leave comments on people’s blogs.  What am I supposed to write as a comment?
I could praise their storyline (if it’s good). However, when I have to write 8 different comments on the same subject/product, I feel un-original in my comments.  I feel like I’m just copying and pasting my comments.
On the flip side, if I do not write a comment at all then the author might think that I never read that post.  No, I did read that post and the 8 others just like it.  So going forward, I’m thinking of only going to give a 5 word comment to any post that participates in these product promotion contests.  “Good luck with the contest.”
Now if you post that you won the contest, then HOORAY for you and I will “praise you like I shooooooooooould” (that’s a reference to a song by Fatboy Slim, song name is Praise You).
Now please do speak up, if you’ve ever won any prizes from these contests.  Thanks.
Happy New Year to you and your family.
Posted by SG at 6:51 PM 38 comments:

Diplomatic Mumbo Jumbo.
Following is the dictionary definition of Mumbo Jumbo:
n. noun
1. Unintelligible or incomprehensible language; gibberish.
2. Language or ritualistic activity intended to confuse.
3. A complicated or obscure ritual.
I am not going into the case of Ms. Devyani Khobragade. All I want to point out here how the diplomats in all the countries say things that we (at least I) cannot understand what they are saying. Here are a few samples:
State Department Spokesperson Marie Harf said (on the Devyani case):
While “standard procedures and official law enforcement channels” would drive it forward, the U.S. would “continue to work this issue with India in the spirit of partnership and cooperation that marks our broad bilateral relationship.”
Marie, tell me in clear and simple English. I am not a Rhodes Scholar.
Canadian Prime Minister Stephen Harper on Sri Lanka:
“Canada will continue to monitor events in Sri Lanka and urge the government to implement fully the recommendations of the Lessons Learnt and Reconciliation Commission, promote respect for human rights and the rule of law, and undertake an independent investigation into alleged violations of the human rights of thousands of civilians at the end of the conflict."
Hey Stephen, this one sentence has 57 words, 2 words more than Fiction 55. I am lost.
Following is part of a statement after the Chinese President and Japanese Prime Minister met:
“Both sides reiterate that the China-Japan Joint Statement issued on Sept. 29, 1972, the China-Japan Treaty of Peace and Friendship signed on Aug. 12, 1978, and the China-Japan Joint Declaration released on Nov. 26, 1998 constitute the political basis for the stable development of Sino-Japanese relations and the opening up of a bright future.”

Hello China and Japan, this is 2013. I would like to receive copies of your joint statements of 1972, 1978, and 1998. Please don’t send me English translations. I need them either in Chinese or in Japanese, so I can better understand them.
Now coming to India. Has anyone ever noticed joint statements at any level between India and Pakistan? Either an Indian making a statement or a Pakistani making a statement or a joint statement, following is the only sentence used since 1948 without changing any word. If you have not noticed before, please notice from now when anyone making a statement. Looks like both governments of India and Pakistan agreed to this one sentence to fool people from both countries.
“resolve all outstanding issues including Kashmir issue”.
I have a question. What are the “other outstanding” issues? Do you have any other issue other than the Kashmir issue? Every problem stems from Kashmir. That is the only issue.
Posted by SG at 10:26 PM 26 comments:

I am honored to receive Versatile Blogger Award from Sindhu.  Thank you Sindhu. I appreciate it. 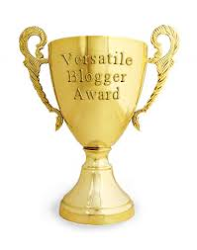 Rules of the Versatile Blogger Award:
1. Link back to the person who gave you the award.
2. Share seven things about yourself.
3. Pass the award to fifteen bloggers who you think deserve it.
4. Contact the people you've nominated.
Here are 7 things about myself.  I did not come up with these 7 things.  I asked my wife, son, and daughter to list 7 things about me.  I am reproducing here whatever they gave me without editing.  But on a few items, I have added my own notes.

1. Highly Intelligent and full of confidence which borders on cocky/arrogance.

2. Excellent parallel parker of cars.  Career should have been that of a valet!  He missed his calling. (SG’s personal note:  Parallel parking is one of the most challenging part of driving and parking a car.  Parallel parking means you must sandwich your car between 2 other cars at the curb.  Many people make a few attempts back and forth.  I parallel park smoothly at my very first attempt always, so far.  Knock on the wood.)

3. Horrible at drawing.  Will never be mistaken for an artist. (SG’s personal note: Ankita is going to LOL.)

4. Never volunteer to help anyone do anything, but if someone asks for help, will help them to his full ability.

5. One day, after many years of smoking cigarettes, he decided to quit and have not smoked since that day. (SG’s personal note: I still remember that day. February 24, 2006.)

6. He chose his college based on the fact that it was co-ed and on the beach.

7. Highly kept secret within the family. Excellent gourmet chef. (SG’s personal note: I cook as a hobby for relaxing and not for cooking per se.  My guru is my wife.)

I am not nominating any individual because all the blogs I read regularly deserve Versatile Blogger Award.
Posted by SG at 6:04 PM 42 comments:

I know there are many honest people in the country of my birth - India.  However, there are some people (i.e. politicians, bureaucrats, auto rickshaw drivers in Chennai, or a porter at a railway station) who want to cheat you and get your money.  They only want money and they’ll do whatever it takes to get your hard earned cash.
I recently read an interesting article about a small shop at the Delhi University campus that is photocopying text books from the Cambridge University Press and Oxford University Press.  After photocopying the entire book, they are selling it to students for a huge profit.  These academic presses have found about this and have filed a lawsuit in an Indian court stating there are serious copyright violations at work here.
Photocopying from text books is called “Course Pack”.  This is usually allowed for students who can’t afford to buy the book.  This practice is followed in many countries.
Many famous Indian academic scholars (including Amartya Sen) have lined up against these presses expressing outrage at their lawsuit.  One professor even said these publishers are bullying the universities and the students.
On the other side, it is stated that “Course Pack” is allowed for individual students and professors to copy a small number of pages for academic use.  However, it is clearly not intended for being photocopied in its entirety and then sold to students to make a nice profit.
According to the President of Indian Publishers, he states that “this is not fair use; this is commercial exploitation of private property".
Ok now - here is my view on this topic. You can probably guess that I’m against “Course Pack” en masse for a huge profit.  If the university itself is photocopying these textbooks and then distributing them to the students for free, then I fully support that.  However, a shop in Delhi with a few photocopying machines making huge profits?  I think that is a BIG FAT NO NO.
I’m not a lawyer.  Don’t know the law.  Don’t want to know the law.  Don’t watch Law & Order on TV.  However, there are a few lawyers who read my posts and they can express their legal views on this.  I’m just saying that I’m siding with the publishers on this topic.
As for Amartya Sen, I wonder if he would feel the same way if the University of California at Berkeley were to “Course Pack” and sell his book Resources, Values and Development (1984) for a huge profit to all freshman students (first year students at UCB - more than 14,000).
Posted by SG at 8:29 PM 36 comments:

Do you like or hate your neighbor? Most of my readers know I am an extreme extrovert. But I do not talk to any of my neighbors. My wife, another extreme extrovert, socializes with all the neighbors.
According to Harris Interactive, a research firm, people are picky about their neighbors. (Please keep in mind this survey was done in the United States.) Here is what they want in their neighbors:
Speak their own language
Have same or similar family configuration
Same ethnicity/caste/clan
Watchful neighbors – the one who helps when in need
But the one they hate the most is a “renter”. People want their neighbor to be a homeowner like themselves. Renters do not maintain their home. Yards are not mowed and there are weeds growing. Because of that, the whole neighborhood’s property value will go down.
Do you like your neighbor?
Posted by SG at 8:24 AM 35 comments:

My wife told me this story and I liked it. I want to share with y’all. You may have heard this story and, if so, please bear with me.

Once upon a time there lived a couple. They always fought and argued. She always complained about his entire family. He asked her what would make her happy so that peace can be maintained in the home. She said “Go to your mom’s home, tear her chest, pull her blood soaked heart, and bring it to me”. He was a wuss.

So, he goes to his mom’s home. Takes a knife, tear her chest, and pulls her blood soaked heart with his bear hand. Leaves the home. Didn’t even look at her.

He was running back to his wife with the heart of his mother. Heart is still dripping blood. There was a small rock on the road. His leg hit the rock. He stumbled and was about to fall down. At that particular moment:

The heart he was carrying in his hand said:

Be careful son. Don’t get hurt. 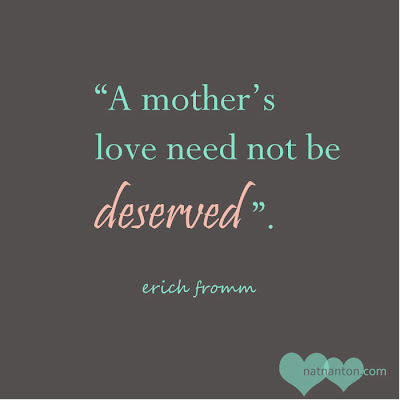