The legendary SPB passed away 3 days ago in Chennai after contracting coronavirus.  He sang 40,000 songs in many languages.  He was a singer, actor, music director and producer.  May he rest in peace. 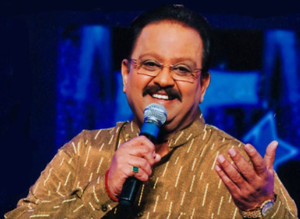 My wife and I had a chance to meet him for a few minutes long long time ago.  He was not that famous at that time.  He and P. Susila came to Berkeley to give a musical performance.  At the end of the performance, the organizer invited us to the backstage to meet with these 2 singers.  We went there and spoke to these two singers for a few minutes.  When we were about to leave, SPB said:

(The conversation was in Tamil. I will translate in English.)

SPB: Whenever you both visit Chennai, please come to our home.

I:  Yeah.  You will invite us here.  But when we come to Chennai, the security gurkha  guarding  your home will not let us in.

SPB:  I don’t have any security gurkha guarding my home.  It is in all the movie actors homes.  I am only an ordinary singer.

Such a simple and down to earth person.

Among the 40,000 songs sung by him, my favorite is the one song in Tamil where he sang without stopping for a single breath. He also acted in that film. The movie title is Keladi Kanmani (Listen My Sweetheart). Music by Ilaiyarajaa.  Here is the song:

Vacancy at the U.S. Supreme Court

A liberal Supreme Court Judge, Ruth Bader Ginsberg, age 87, passed away today due to pancreatic cancer. She was appointed by President Bill Clinton in 1993.  U.S. Supreme Judges have no retirement age. They can serve as long as they want to.

Here is the situation as of today.  Within a few hours of Ginsberg’s death, President Trump is already considering about 5 people for replacing her.  Two of them are Indian Origin.  Amul Thapar and Neomi Rao.

Here is a tricky situation.  2016 was a year for Presidential election.   President Obama, a few months before the election,  had an opportunity to fill a vacancy.  He nominated Merrick Garland.  The Republicans controlled the senate.  Therefore, the leader of the Republican Party in the Senate  Mr.  Mitch McConnell is the one to decide  what business will be taken up by the Senate.   In 2016, he refused to take up this matter for discussion.  He said “voters should be able to express their views at the ballot box before the Senate votes in the final year of a president's term.”

Now the same situation in 2020.   2 months before the election there is a vacancy.   Democrats are telling Mr.  McConnell to go by the same rule he invoked in 2016. But Mr.  McConnell says he is not going to abide by what he said in 2016. Today he said he will make sure Trump’s nominee is confirmed while Trump is still the president.

If the Republicans can do that, It will be 6 to 3 in favor of Conservatives in the U.S. Supreme Court. This will affect the American people and everything in the United States for many many years.

PS: I have no idea why the last 2 paragraphs came in this fashion. 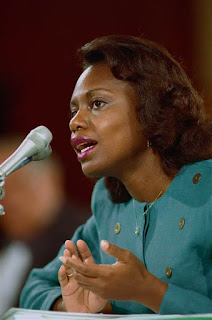 Anita Hill is an American lawyer and academic.  She is a professor at Brandeis University. In 1991, every newspaper and TV media in USA were talking about her every day.  Here is the background

Anita Hill came to testify against nominating Clarence Thomas as a Supreme Court Judge.  She previously worked for Clarence Thomas.  She alleged sexual harassment while she was working for him.  The Republican Senators, who were in the minority in the Senate, asked Anita Hill lot of embarrassing questions.  They even suggested that she has a loose character and  is a slut.

Joe Biden, Chairman of the Committee, was in control of the testimony.   He could have stopped the Republican Senators asking Anita Hill embarrassing questions.  But he did not.

There were 4 other witnesses waiting to testify and support Anita Hill’s credibility.  Joe Biden never called them to testify.

Finally, Clarence Thomas was confirmed by a margin of 52-48, the narrowest margin for any Supreme Court Judge.

A few years later, Joe Biden called Anita Hill to talk it over and express regret. He said Anita Hill did not get a fair hearing and was not treated  well and he took full responsibility.

Did Anita Hill forgive Joe Biden.  NO.  She said she is ready to move on.  Also, ready to hold Joe Biden accountable.

Latest News:  Last week, Anita Hill announced she will be voting for Joe Biden in the coming Presidential election.