A photobomb occurs when a person (known or unknown) suddenly appears in the camera view of a picture you are about to take. This sudden interference may be intentional or unintentional but in the end, this “unwanted person” will appear in your photo. It’s somewhat ok if it’s a close friend or relative who photobombs your pic. However when some unknown person comes out of nowhere to show up on your camera…that can really annoy you. Most of the time it’s a “necessary nuisance” in crowded places but sometimes it might end up being comical.
Photobombing has become an internet meme. There are people out there who want to purposely ruin other people’s pics in the name of humor.
Here are some photobombing pics (intentional and unintentional):  All photos: Courtesy - Yahoo.
George Clooney photobombs Steven Spielberg and Jerry Seinfeld. Blondie in the back left is getting a kick out of it. 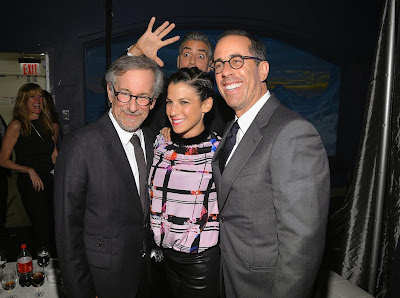 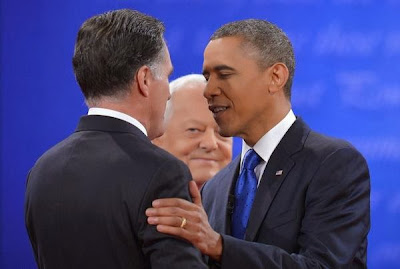 Some people have six-pack abs but this guy wants to show his 12 pack. Somebody throw him some beads. 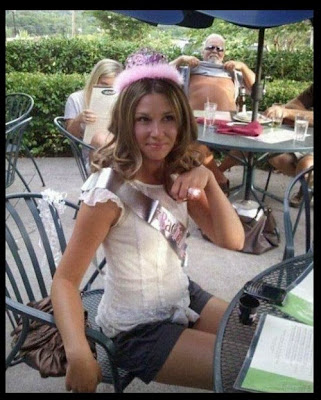 Obama may be delivering an important message but when a man’s gotta go, then he’s gotta go. Nature calls. 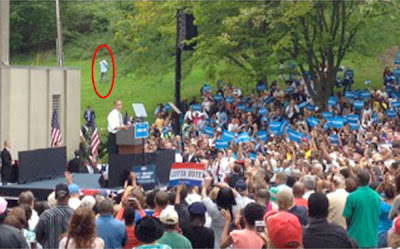 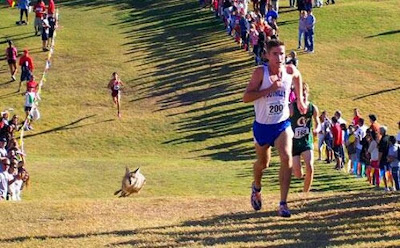 So the lesson here is that - once you click, please review your pic (yes that rhymes I know). And remember, the delete button is your friend.
Posted by SG at 9:44 AM 42 comments:

There is a town named Atherton in .  Super rich people live in Atherton.  The average value of a home there is $4 million.  But I will not live there even if I could afford (some day) to buy a home.  Why?  I cannot not deal with the crimes in Atherton.  In USA, entries from police logs are published everyday in the local newspapers. Here are some entries from Atherton police logs. 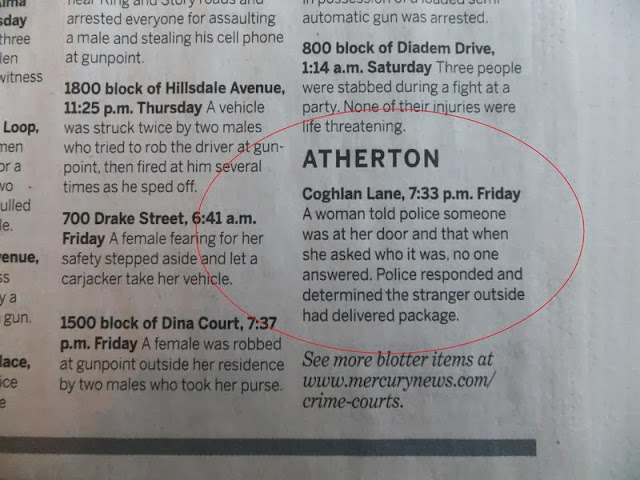 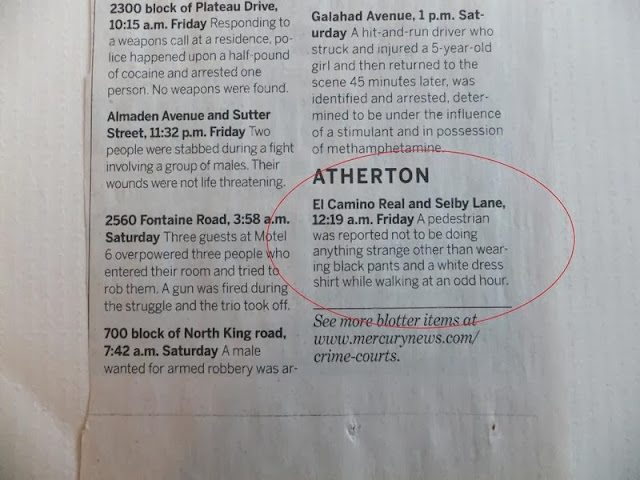 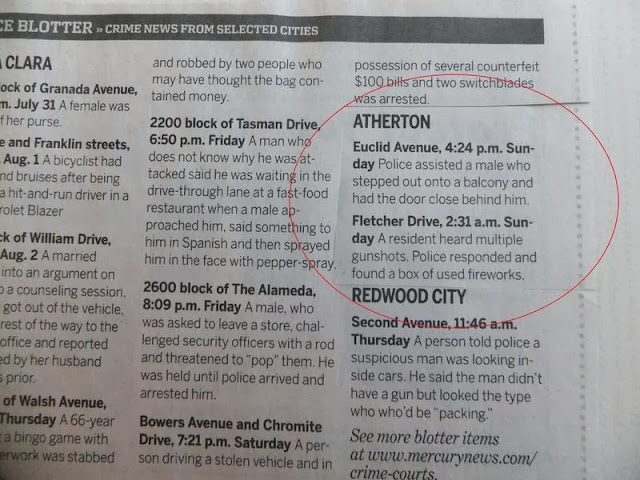 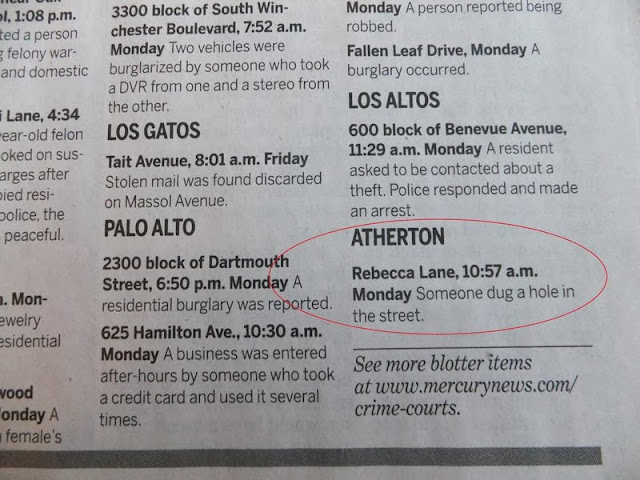 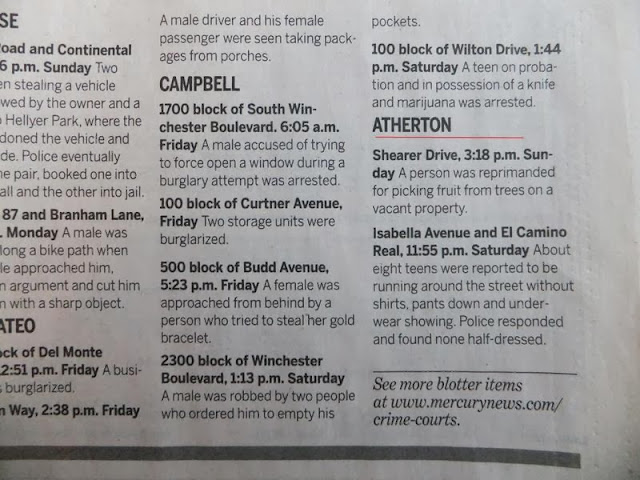 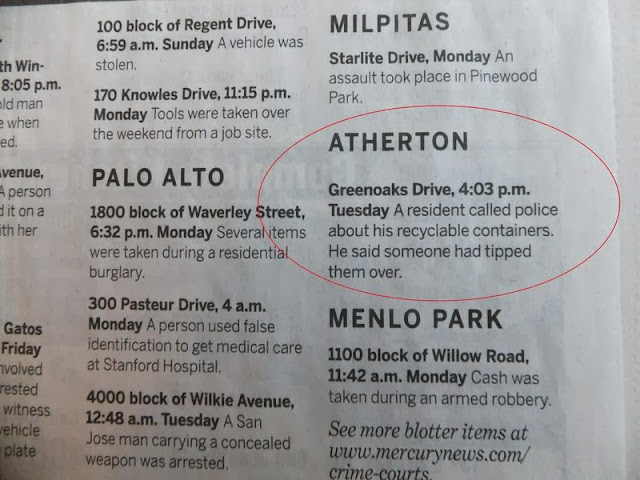 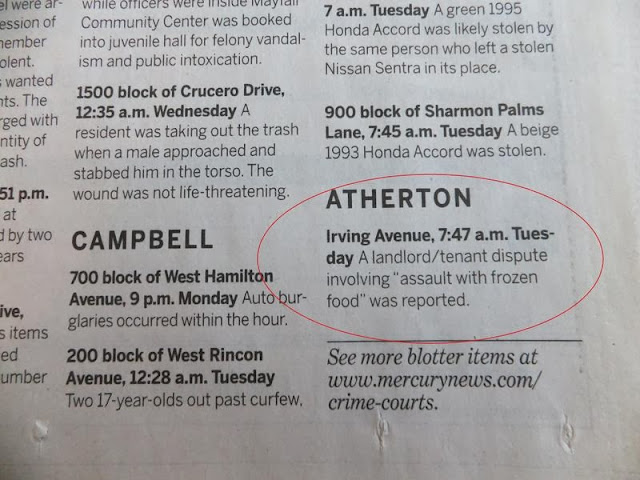 Mother of all crimes 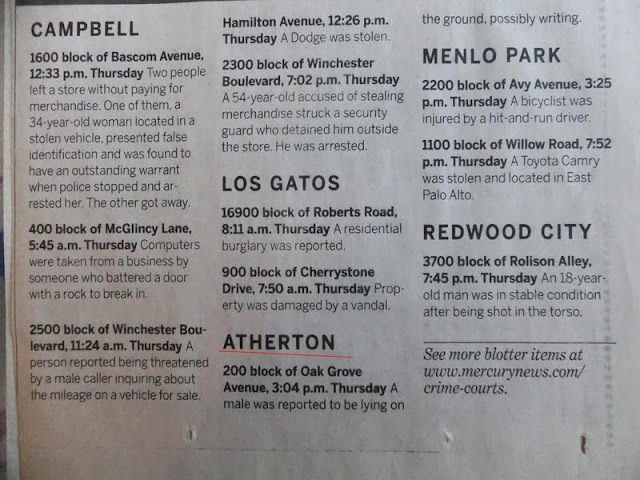 Would you live in this crime ridden town?

WOW!
Looks like when it rains, it pours.  Good times for me.
I have been given the Liebster Award by three dear blogger friends.
Ekta
Ankita
Asha
Thank you Ekta. Thank you Ankita. Thank you Asha.
Instead of answering 30 questions, I have selected a few questions from each tag and have provided the answers below.  Enjoy!


1. What is the most irritating experience while blogging?
Ans: It irritates me when people do not reply to my comments.
2. Which famous personality would you like to bring back to life and why?

Ans: John F. Kennedy.
Born into a multi-millionaire family. Volunteered to serve in the Navy during World War 2.
He was the skipper of a torpedo boat which was destroyed by the Japanese Navy.  He and his crew of 16 were in the water () for 3 days.  Single handedly he saved them all.  He was awarded the highest military honor for that.  Later, he became President of the
Many in the world considered him as the great big hope for the mankind, however he was assassinated at a very young age. (During the 1962 Chinese aggression against , was losing and was no match for the Chinese army.  Kennedy sent the American troops to help .  The Chinese withdrew immediately.)


4. Name an actor you’d like to portray you in a movie about your life and why?
Ans: No doubt about it - Charles Bronson.  He was fearless in all of his movies.


5. What’s your motivational quote?
Ans: Don’t get mad. Get even.


6. How do you de-stress yourself?
Ans: Put my feet on the coffee table, have a glass of merlot and watch TV.

7. If a confused teenager came up to you asking for advice on what career choice to make. What would be your advice?
Ans: I would advise him of the importance of getting a college degree first.  I would also advise him to follow his heart after getting that degree.


8. One book/movie you would alter the ending of.  Please give reasons for your choice.
Ans: The movie is “Love Story” starring Ryan O’Neal and Ali McGraw.  The novel was written by Eric Segal.  The movie was 99 minutes long and at the end of the movie Jenny (Ali McGraw) dies.  There is not a single person who either saw the movie or read the novel who did not cry at the end.  She wanted to visit and they were looking forward to it.  However, when she was diagnosed with cancer she said “screw ”.  She even spoke with her father and made funeral arrangements. I would have changed the ending so she can live and go to .  There is a famous quote of hers from that movie.  “Love means never having to say you’re sorry”.


9. Describe yourself in three words
Ans: Honest. Gutsy. Extrovert. (I wanted to say extreme extrovert.  Since I have to say only 3 words, I took out the “extreme”).


10. How would you deal with a very rude but close relative?
Ans: Wait for the right time and do something good for him financially.  He will certainly change his behavior.  In other words, buy him.

Since most of the bloggers have been given this award, I am not tagging anyone.
Just one question.  Is it Liebster or Leibster?  I have seen it both ways in several blogs.

PS: I have no idea why some portions of this post is published with a white background.
Posted by SG at 12:42 PM 28 comments: