A friend of mine is going to UK shortly. I gave this friend a few pointers about credit cards and bank accounts. I want to share one of them with you also.
When you are going abroad on vacation, please inform your credit card companies and bank that you will be on vacation in “these” foreign countries from this date to this date. They will put a note on your account to this effect.
As we all know, the credit card companies and banks are very watchful to avoid any fraudulent charges to our accounts. When they see someone charging your account in a foreign country, they immediately suspect fraud and, most of the time, block your credit card or bank account. If you are in a foreign country and enjoying your vacation, and if your credit card and/or bank account is blocked, it will put you into a lot of hardship.
However, if you inform them prior to your departure, they will know that the charges from these places are legit.
This happened to me personally. I was in a small town in Tamil Nadu. Bought some silk sarees for my wife, and some gold and silver thru my credit card. Also withdrew some cash thru ATM using my American bank debit card. The next day I came to know that my credit card and bank debit card were blocked. I called them from India and they told me about their suspicion. I explained and they informed me that I should let them know prior to my travel to a foreign country. Lesson learned.
Posted by SG at 10:27 AM 19 comments: 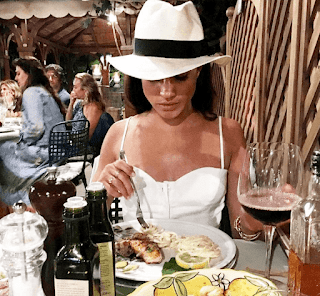 We all know American actress Meghan Markle married an unemployed Britisher (Prince Harry) who is still living with his grandmother (Queen Elizabeth). (Not my original. Borrowed from somebody else.)
According to The Cheat Sheet magazine, these are some of the strange food habits at the Buckingham Palace:
Garlic is banned.
Pasta for dinner is unacceptable.
No rice and potato.
No one is allowed to eat shrimp.
They use utensil placement as a way to communicate with staff.
If the queen has finished eating, everyone must stop eating.
If the queen places her purse on top of the table, dinner must end within 5 minutes.
They must always wear a formal attire.
No wonder immediately after their marriage reception ended, Meghan ordered a Shrimp Scampi (Shrimp sautéed in a garlic sauce, tossed with asparagus, tomatoes, and angel hair pasta) from Olive Garden Restaurant,  take out, and asked her unemployed husband to pick it up.
Oh I forgot to mention. With a side order of French fries.

PS:  I am not making this (Shrimp Scampi) up.  Check out the Oliver Garden Restaurant Menu.
Posted by SG at 7:18 PM 18 comments:

An explanation is in order to start with. Tapas does not mean what we think of Indian saints do in the forests.
In Spanish language, Tapa means appetizer or snacks. So, Tapas Party consist of several appetizer or snacks with wine. In a Tapas Party, there is no main course. All are appetizer with wine only. It is very popular in Spain, Central American countries and Mexico. 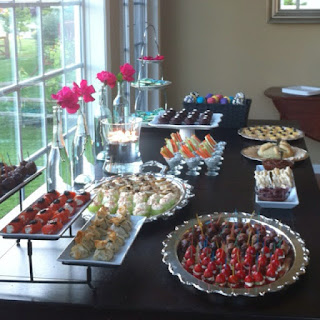 (Courtesy: Yahoo)
There are restaurants now in Spain serving only Tapas. People also give Tapas Party at home. Invite friends, serve as many snacks as you can make or buy, have some wine and enjoy.
This is becoming very popular in USA also nowadays. But people are finding it difficult to make too many snacks. One idea is to ask friends to bring a few snacks each and gather at someone’s home.
The general rule is to have 3 to 5 snacks. If you have the time and can afford there can be more snacks. If you want to serve non-alcoholic drinks, you can serve soft drinks instead of wine.
I was thinking it will be very easy and interesting to give Tapas party with Indian dishes. If we don’t have time, we can buy from restaurants. Here are a few I thought of:
Samosa, Cutlet, Paneer Tikka, Chicken Tikka, Kothimbir Vadi, Masal Vada, Goli Bajji (Mangalore Bonda), Bengali Fish Fingers, Khaman Dhokla or anything else you like. If you are a vegetarian, just drop the non-veg items.
When is your next Tapas Party?
Posted by SG at 12:17 PM 21 comments:

When Donald Trump was running for the President of the United States, Nick Gillespie wrote in the Newsweek Magazine that Trump’s modus operandi is negging.
I have heard of leggings. I have heard of begging. Even heard of kegging. But never heard of the word “negging”. Have you?
According to New Statesman:
Negging, as it is called, is in essence a trick. The idea is to undermine a woman's confidence by making backhanded or snide remarks—give a compliment with one hand, and take away with the other. It is about control, putting the man in charge of the interaction by pushing the woman to earn his approval....
It gives a few examples. Here are a few of them.
“You look amazing. What have you done?”
“If your face was as good as your legs I'd have to marry you.”
“Nice eyes, even though one is bigger than the others.”
According to Mr. Gillespie, Mr. Trump was using this tactic against his opponents to make them vulnerable. He used this tactic against Mexicans (They bring drugs, they bring crime, but some of them are good people) and against his opponents (So and so is a good man but…..). Hillary Clinton was the worst Secretary of State but her husband was the best President.
Negging is an insult to undermine the self confidence of a woman so she might become more vulnerable to a guy’s advances. It is used as a pick up technique. Interject an insult during the initial conversation.
I understand it is being practiced around the world as a seduction technique.
Women use negging tactics against men? Sure they do. But I have read it is not that effective on men. If women have to get the attention of a man, they have other effective strategies.
PS: I heard this morning President Trump and Kim Jong Un will be meeting in Singapore on June 12. This is the first time a sitting US President will be meeting a leader of North Korea. I think Trump is using this “negging” tactics very well against Kim. Kim is falling for that, in my opinion. Trump called him a “rocket man” and at the same time called him a “smart cookie”. Trump said “North Korea will be met with fire and fury and frankly power, the likes of which this world has never seen before." Today Trump said it is nice of Kim to let the 3 prisoners go and we want to thank Kim who really was excellent.
Posted by SG at 6:09 PM 18 comments:

Saw this strange name board in front of a store in Issaquah, Washington State: 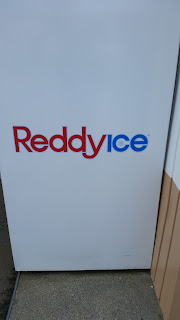