(This is a guest post from our blogger friend Dee.  She lives in San Ramon, California, with her husband and their baby girl.) 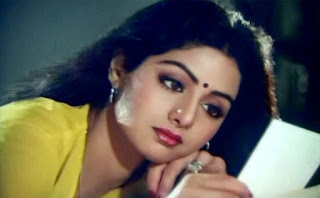 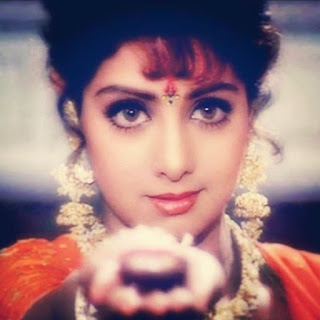 For most of you who don’t know, this is the true name of Indian Super Star Sridevi who passed away on Feb 24th 2018 due to Accidental Drowning in the bathtub in Dubai. She, her husband and youngest daughter were attending the wedding of a relative. As the entire nation is mourning this loss of our versatile female superstar here are some details from her life
Real Name: Shree Amma Yanger Ayyapan
Date of Birth: 13th August 1963
Place of Birth: Sivakasi, Tamil Nadu
Parents: Rajeswari Yanger (Mother, Mother Tongue: Telugu), Ayyapan Yanger (Father, Mother Tongue – Tamil)
Siblings: Satish Yanger (Brother), Srilatha Yanger (Sister)
Spouse: Boney Kapoor

Ex.Husband: Mithun Chakraborty
Kids: 2(Jahnvi Kapoor & Kushi Kapoor)
Step Children: Arjun Kapoor, Anshula Kapoor
In-laws: Anil Kapoor, Sanjay Kapoor
Languages Acted in: Tamil, Hindi, Malayalam, Telugu, Kannada
First Movie:Thunaivan (1969) in Tamil
Last Movie: Mom (2017) in Hindi and 300th film
Yet to be Released Movie: Zero (2018) in Hindi
Awards: Padma Shri (2013), 6 Filmfare Awards, Tamil Nadu State Film Award for the movie Moondram Pirai and several other awards and nominations
Some of my favorite movies that are on my repeat list are, these include both Hindi and Tamil and are in no particular order Moondram Pirai, Chaalbaaz, Mr India, Gumrah, Chandni, Sadma, English Vinglish, Judai, Khuda Gawah, Mom, 16 Vayathinile, Nagina, Sigapu Rojakal, Vazhvey Maayam.
I am going to miss Superstar Sridevi and her death was a shock to me, as I am sure it is to the rest of the world.
My Favorite song snippet from the movie Chandni (Lagi Aaj Sawan Ki), and the way I like to remember Sridevi
Kuch Aise Hi Din the, Woh Jab Hum Miley Teh
Chaman Mein Nahin, Phool Dil Mein Khiley The
Wohi Toh Hai Mausam, Magar Ruth Nahin Woh
Mere Sath Barsat Bhi, Roh Padhi Hai
Lagi Aaj Sawan Ki, Phir Woh Jadhi Hai
Meaning
Those days were something like this only,
when we had met, when the flowers had blossomed in our hearts instead of the gardens.
It's the same weather, but the times are not the same.
Now even the rain cries with me.
Please share with me some of your favorites of Sridevi.
RIP Sridevi
Posted by SG at 6:26 PM 22 comments:

It was a pleasant afternoon at Portland International Airport on November 24, 1971. Northwest Airlines Flight #305 was ready to depart for Seattle. It was a Boeing 727 plane. The last passenger to board the plane was a gentleman by the name of D.B. Cooper. He looked like a business executive with his suit and tie. Before entering the aircraft, he asked an airline employee if this was a Boeing 727. The airline employee said in the affirmative.
While in the air, Cooper gave a handwritten note to the flight attendant. The note said he had a bomb in his briefcase and demanded $200,000 (today’s value $1.3 million) in 20 dollar bills and 4 parachutes. The flight attendant informed the pilot. The pilot informed the tower and they informed the FBI.
The plane landed in Seattle and came to a halt in the middle of the runway. D.B. Cooper said passengers will be allowed to leave the plane only after he gets his money and parachutes.
The FBI consulted with the airline. The airline thought the passengers are more important than the money and therefore agreed to give the $200,000 and 4 parachutes to D.B Cooper. They were delivered inside the plane and then D.B. Cooper let the passengers leave the plane.
Now there were three pilots and one flight attendant still on the plane with Cooper. The plane then took off from the runway. Cooper ordered the plane to go to Mexico City. The pilot said the plane cannot fly nonstop to Mexico City and has to refuel in Reno, Nevada. Cooper agreed. He told the pilots to go at a maximum speed of 200 miles per hour and only fly below the 10,000 feet altitude. He also ordered that the cabin should not be pressurized.
20 minutes after takeoff, Cooper sent the flight attendant to the cockpit and ordered her not to come outside. Cooper then donned the parachute, tied the money onto himself, went to the rear of the plane, opened the rear stairwell, and jumped.
When the plane landed in Reno, Nevada, there was no Cooper on the plane. No money on the plane. He was never captured. Almost 50 years later, it’s still a mystery as to what happened to D.B. Cooper. The only skyjacking that was never solved.
Side bar: I mentioned above, while boarding the plane Cooper asked an airline employee if the plane was a Boeing 727. According to experts, the 727 is the only passenger plane that can be used to parachute out safely. Looks like Cooper did his homework.
PS: He was a classy guy too.  Before taking off with the money and parachutes from Seattle airport, he ordered food for the 3 pilots and the flight attendant and made sure they ate their dinner.
Posted by SG at 4:54 PM 26 comments: 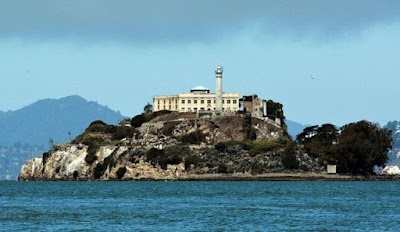 We all know about the notorious prison in the Alcatraz Island. It is located in the San Francisco Bay. It was supposed to be the toughest prison in the world. It housed America’s most dangerous and difficult felons. It was closed as a prison in 1963 and now a tourist attraction. 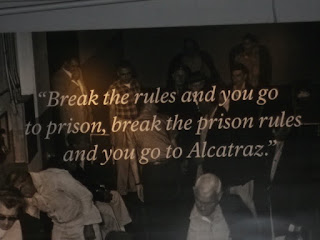 Since it is located in the chilly waters of San Francisco Bay, it is believed no one successfully escaped from this prison. There were more than a dozen attempted escape.
One such attempted escape was made in to a movie “Escape from Alcatraz” starring Clint Eastwood. This is a 1979 movie dramatizing the 1962 attempted escape.
In 1962, 3 prisoners Frank Morris, Clarence Anglin and John Anglin made an extensive plan to escape from the prison and swim across the chilly waters. On the night of June 11, 1962, these 3 prisoners escaped from the Alcatraz.
Did they reach the shores? No one knows. It is believed they were drowned or eaten by the sharks. No bodies were found.
No one heard from any of these 3. Until now.
San Francisco police received a letter in 2013. That letter was released only last week. In that letter, a person claiming to be John Anglin (one of the 3 escapees) says that all 3 of them successfully made it that night. He also wrote:
"If you announce on TV that I will be promised to just go to jail for no more than a year and get medical attention I will write back to let you know exactly where I am.. "I am 83 years old and in bad shape. I have cancer."
The U.S. Marshals Service and the FBI investigated this letter.  They said the results were deemed "inconclusive".
Posted by SG at 6:49 PM 23 comments: 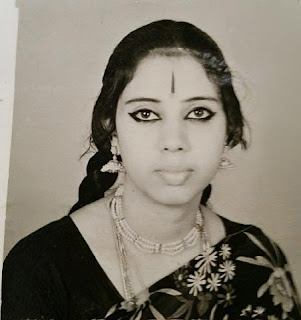 I started blogging in June 2009. I also took a leave of absence for two years.

I want to dedicate this post to my greatest fan and severe critic. Today happens to be the second anniversary of her passing away - my dearest wife, my Life's Life, Lalitha.

May she rest in peace.

The heart does not forget
It did not lose the memories
Posted by SG at 12:01 AM 33 comments: