You know someone is local in the following cities:
Seattle – He walks in the rain with only a hoodie. It rains all the time in Seattle. If you walk in the rain with an umbrella you are not local.
Salt Lake City – He drives around business as usual in heavy snow. If you are afraid to drive in the snow you are not local.
New York - He says "the city" and expects everyone to know that this means Manhattan.
San Francisco – He says “Bay Area” and expects everyone to know that this means San Francisco Bay Area.
Chicago – He describes things as big huge. I got big huge slice of pizza.
Los Angeles = He believes Mexican food is a dietary staple.
Dallas – He drives a pick up truck which is always empty.
Las Vegas – He feels chilly when the weather is 90 (that is 32.22 celsius)
If you know of a city where you can easily recognize a local, please write to me.
Posted by SG at 1:16 PM 14 comments:

I just finished reading a book titled “They Shot the President: Ten True Stories", written by George Sullivan. This is a scholastic biography. This book tells the “true accounts” and gives all the details about these 10 assassination attempts. I think it is a very interesting read.
Of the total of 45 U.S. Presidents, 10 were victims of assassination attempt. 4 of them were fatal. They are:
Abraham Lincoln 1865
James Garfield 1881
William McKinley 1901
John Kennedy 1963
The other 6 who survived:
Andrew Jackson 1835
Theodore Roosevelt 1912
Franklin Roosevelt 1933
Harry Truman 1950
Gerald Ford 1975
Ronald Reagan 1981
Posted by SG at 4:07 PM 12 comments:

People in many cities claim bragging rights for pizza. New Yorkers claim their pizza is the best. Chicagoans claim their deep dish pizza is out of this world. I have tasted pizza in many cities in USA and also around the world.
My best pizza experience was in Venice, Italy.
We were in a pizza place this weekend in a small town called Issaquah in Washington State. This is located in the suburb of Seattle. Their pizza turned out to be pretty good. This is not a national/international franchise. Independently owned.
Here are 2 photos of the pizza we had.  Sorry not able to show the full pizza because the idea for a blog post came to me in the middle of eating. 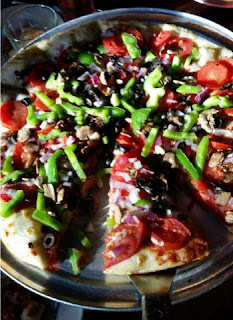 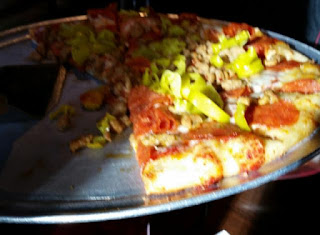 I was reading the recent post written by our blogger friend anoobhooti.  A line in that post made me think. She wrote:
“if i share something then it means i agree with that and like that”.
My thoughts went back to something that happened long time ago. I had a wonderful boss. She was a devout Catholic. I was telling her about a jovial article came in the newspaper at that time. Up until that time only Italians were elected as Pope. That was the first time the cardinals in Rome elected a non-Italian as their Pope.
A columnist wrote (jovially) next time they would even elect a Jewish Pope.
When I told her about the article, she was not happy about it. She plainly told me she was not happy to hear that from me. I said “hey, I just quoted what that guy wrote in the newspaper”. She said if you quote/share someone’s words it means you agree with what was said. I, being a Catholic, don’t like that joke.
This brings me to the latest controversy in Tamil Nadu. Mr. Vairamuthu, a Tamil poet (who is also an atheist) gave a speech on Aandal. Aandal was a Tamil female mystic poet who lived in the 7th century.  She is worshipped as a Goddess by Tamil speaking hindus.  Mr. Vairamuthu said Aandal was a “devadasi”. He said he was quoting from a research paper submitted by an American scholar.
The Devadasi system was a religious practice in parts of South India in which a girl was married to the temple deity and was expected to serve the deity for the rest of her life. It has been associated with the oppressive practice of women and young girls being regarded as temple property and sexually exploited. (Courtesy: Scroll.in)
Lot of people are opposing and supporting Mr. Vairamuthu’s speech.