Post one of your favorite quotes (different quote on each day) on three consecutive days. The quote can be from your favorite book, author, or your own.

Here is my second quote:

"You shouldn't commit suicide because you're afraid of death.”

European Commission President Jean-Claude Juncker to the people of Greece, urging them to vote “yes” on the upcoming referendum on Greece debt crises.

I am not nominating anyone.

O. Post one of your favorite quotes (different quote on each day) on three consecutive days. The quote can be from your favorite book, author, or your own.

Here is my first quote: This is from the book Love Story written by Eric Segal.

“Love means never having to say you're sorry.”

Apologies are not necessary in a loving relationship.  Absolutely true.

In my previous post, Dallas Vacation, I had mentioned that I will write a post listing some of JR’s (television character in the Dallas TV Serial) punch lines that I like. A few of those punch lines were already mentioned by a reader while writing his comments. I am not going to repeat them. These are the ones I like: 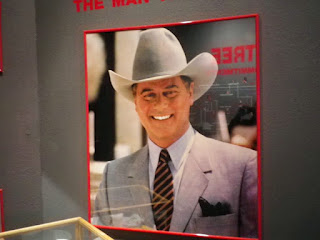 Like my daddy always said: if you can’t get in the front door, just go around to the back.

Anything worth having is worth going for – all the way.

You’re becoming a pretty poor excuse for a wife.

I wouldn’t give you the dust off my car.

A conscience is like a boat or a car. If you feel you need one, rent it.

Contracts were made to be broken, but a handshake is the law of God.

Never interfere with a man who’s correcting his wife.

Never tell the truth when a good lie will do it.

All that matters is winnin’.

Revenge is the single most satisfying feeling in the world.

Lots of men have tried to run roughshod over me – you can visit them in the cemetery.

And finally, my personal all time favorite:

JR: Call our lawyer now and ask him this question.
Bobby: JR, it is 2 am in the morning and he is sleeping.
JR: Wake him up. For the money we are paying, he should be sleeping on our front porch.
Posted by SG at 8:09 PM 28 comments:

We decided to visit Dallas on the Memorial Day Weekend. Though we are living here for a long time, we never been to Dallas. Unfortunately, we chose the wrong time. It is the season for torrential rain, lightning, thunderstorm, and Tornado. Our host warned us about the weather condition but insisted we visit them. So we went.

For people who live in USA for many years, when we mention “Dallas”, 3 things come to their mind ahead of anything else.

So, in spite of bad weather, we visited these three places.

It was 12:30 pm in Dealey Plaza, Dallas on Friday, November 22, 1963, the young 46 year old, President of the United States of America, John F. Kennedy was assassinated, He was fatally shot while traveling in a presidential motorcade along with his wife, and the Texas Governor, and his wife. Not just the people in USA but the whole world wept. He was genuinely mourned by millions of Indians.

Many of my generation remember vividly how then American President John F Kennedy had become one of the most popular figures in India -- so much so that most paan shops, (the true barometer of public opinion in India) routinely had Kennedy's photograph alongside the familiar one of Jawaharlal Nehru and Mahatma Gandhi.

Col. Athale’s article titled “The Untold Story: How Kennedy came to India's aid in 1962”. Here is the link.

The 6th floor of Dealey Plaza (from where the shots were fired) has now been turned into a Kennedy Museum. 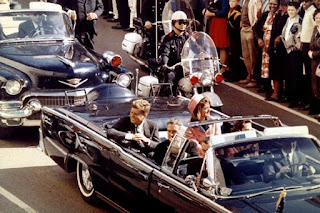 Few seconds before his death 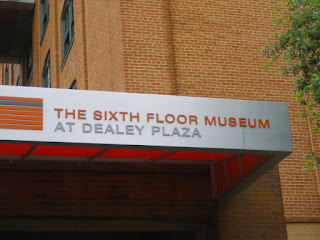 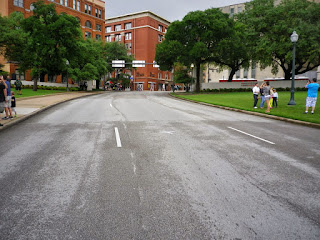 Presidential motorcade came on this road 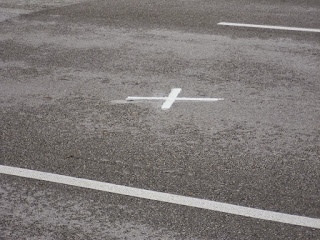 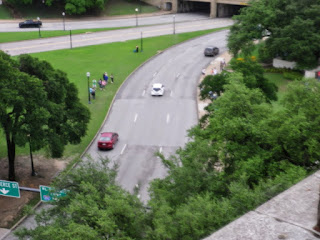 View from the 7th floor window of the Dealey Plaza from where he was shot.
The white car in the photo is the exact place the Kennedy's motorcade was.

Then we visited Southfork Ranch. This is where part of Dallas episodes were shot. It is located near Plano, Texas. Now this Ranch is a big tourist attraction, made famous because of the TV Serial Dallas. The ranch is about 200 square miles. The mansion in the ranch is about 5,900 square feet.

The main character is John Ross “J.R.” Ewing, Jr. This character was portrayed by actor Larry Hagman. According to Wikipedia, JR is depicted as a covetous, egocentric, manipulative and amoral oil baron with psychopathic tendencies, who is constantly plotting subterfuges to plunder his foes and their wealth. He was a big wheeler-dealer. 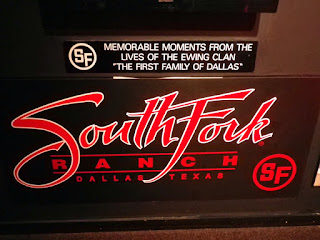 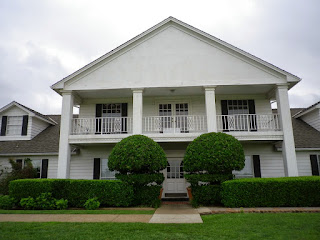 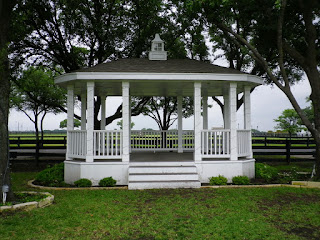 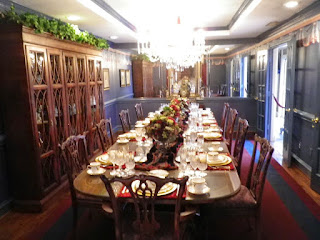 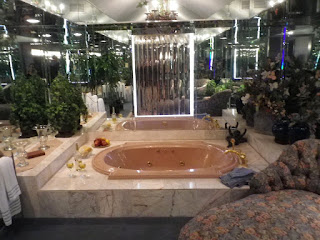 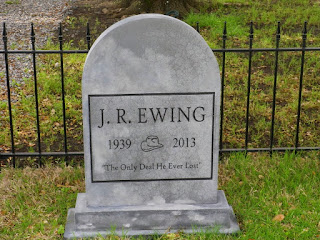 Epitaph on JR's Tombstone: The Only Deal He Ever Lost

Finally we visited the Dallas Cowboys Football Stadium. I am so happy this stadium is named as AT&T Stadium, named after the telecommunication giant AT&T. Yayyy. Go AT&T Go. AT&T pays about $20 million a year to the team for the naming rights.

Unfortunately, the day we visited was bad weather. The stadium was closed for the tourists. So took a picture from outside. Dallas Cowboys is nicknamed as America’s Team. I am not that fond of Dallas Cowboys. (I am going to hear a nasty comment from a certain Dallas Cowboys fan.) When we have San Francisco 49ers who needs Dallas Cowboys. 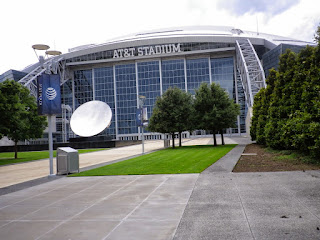 Some people think Dallas is part of South. Some don’t. It is debatable whether Dallas belongs to South or not. But their pronunciation is very different from other parts of USA. For example: