Long time ago, we were living in San Francisco city (when it was livable).

Went to Safeway (grocery store) to buy groceries. After purchasing, I was standing in the line to pay for them. There were about 8 people standing behind me. I recognized one of the guys. He was the Consul General of India.

The Store Manager went to him and said: Sir, please come with me. I will open a special counter for you. You don’t have to stand in the line.

The Indian Consul General replied: Thanks for your offer. I prefer standing in line like everyone else.

Here are two examples of how people take advantage.
According to Taiwan labor laws, newly married can get 8 days off for enjoying honeymoon. A Taiwanese couple took advantage of this and divorced and married each other 4 times within 37 days of their marriage. Therefore, they claimed 32 days off for honeymoon.
His company disapproved his leave claims. He took the case to the Taipei city labor department. The labor department fined the company for violating the labor laws.
They got married on April 6, 2020 and divorced on April 16. Got married one day later on April 17 and divorced again on April 28. Married again on April 29 and divorced on May 11. Married again on May 12.
Taiwanese Mayor said they are reevaluating the marriage-leave policy.
I want to share a real-life story. The following anecdote is not a fiction.
Long time ago, in our company, there was a girl who was a first line manager. Her supervisor was a second line manager. One day, this girl, the first line manager, filed a case within the company hierarchy alleging “sexual harassment” against her male second line manager.
The company wanted to avoid this case going to a public litigation because it will be bad for the company’s image and PR purpose. So, the company decided to settle the case with her,
Meantime, the Second Level manager resigned his job. The first line manager, who complained, got an excellent cash compensation for her “suffering”. She also quit the company immediately.
They both got married in a week.
Posted by SG at 4:26 PM 17 comments:

Bill Gates and his wife Melinda are divorcing. In this grave pandemic situation, Newspapers  are obsessed with how their wealth ($143 Billion) will be divided between the two. I immediately thought of what Alexander the Great said when he was about to die.
On his death bed, Alexander summoned his generals and told them his three ultimate wishes:
The best doctors should carry his coffin.
The wealth he has accumulated (money, gold, precious stones) should be scattered along the procession to the cemetery.
His hands should be let loose, hanging outside the coffin for all to see.
One of his generals asked him to explain the reasons. Here is what Alexander the Great has to say.
I want the best doctors to carry my coffin to demonstrate that, in the face of death, even the best doctors in the world have no power to heal.
I want the road to be covered with my treasure so that everybody sees that material wealth acquired on earth, stays on earth.
I want my hands to swing in the wind, so that people understand that we come to this world empty handed and we leave this world empty handed.
While I was writing this post, the following landed in my inbox. HaHaHa 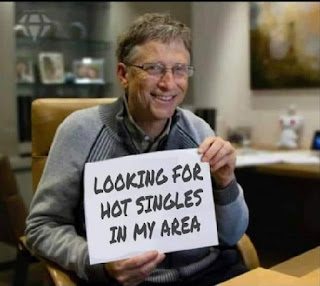