I was reading an Indian web newspaper the other day. I was glad to read that the passengers traveling only on domestic sector on an international route do not have to declare the customs declaration form. For example, if a passenger is traveling from Delhi to Chennai only on a plane that goes form Delhi to Chennai to Colombo, he/she need not fill up Indian Customs Declaration Form.
That reminded me of something that happened a while ago.
At that time we were living in Riyadh, Saudi Arabia. My company sent me there from USA on an overseas assignment. For the weekend, we were going from Riyadh to Chennai via Mumbai. We landed in Mumbai and took another flight from Mumbai to Chennai. That flight’s final destination was Singapore (I think).
We were traveling in executive class. After the plane took off from Mumbai, the flight steward took orders for our drinks. I ordered a scotch and soda. He asked what the madam would like to have. I asked him to ask the madam directly. My wife said she would like to have orange juice. (I have no idea why he cannot ask her directly.)
There was another passenger. He also ordered scotch and soda. But the flight steward told him he cannot give him alcoholic drink because he is flying only on a domestic sector (Mumbai to Chennai). The flight steward explained – in order to get an alcoholic drink a passenger should have arrived from a foreign country or must be going to a foreign country. So no drink for the other passenger.
I am not the guy to let an opportunity like this to go away. I called the flight steward. I told him “madam” has changed her mind. She would also like to have a scotch and soda in addition to her orange juice. The flight steward was puzzled.
He brought an orange juice and a scotch for her and a scotch for me. I took the scotch from my wife’s tray and gave to the fellow “domestic” passenger and said “enjoy the drink”.
The flight steward was witnessing this. He said nothing.
My thought is either give alcoholic drinks to everyone or do not give to anyone until the flight is cleared of all domestic passengers.  What do you say?
Posted by SG at 9:04 PM 23 comments:

There is a plant used in Indian cooking. In Tamil it is called Karuveppilai. In Hindi, it is is called Kadi Patta. In English, it is called Curry Leaves.
We use that in almost all our dishes – Sambar, Rasam, Kootu, Curry(poriyal), subji, chutney, thugaiyal, etc. etc. Those leaves produce aromatic smell. It has lot of medicinal values.
People normally think it is a waste to eat curry leaves. When we start to eat, the first thing we do is to take out the curry leaves from the plate and throw it out.
So we use it to enhance the flavor and taste of our food. But we throw it out once we think its purpose is served. Is it not happening in our every day life?
Political parties have alliances for election. Once the election is over, the bigger party gets rid of its smaller partners. These smaller parties have alliances with a different party in the next election. That different party does the same once the election is over.
Many people use friends the same way. They reach out to us only when they need something. After that, they discard us. Don’t we want to avoid that kind of friends? Yes. Once we realize that someone is using us we should put our foot down and say “no more”. We have to trust our guts. We should realize why someone is always smiling and flattering us.
But at same time, we should be helpful if someone is in real trouble.
It is kind of difficult to avoid people if they are family.
What do you think?
Posted by SG at 7:38 AM 25 comments:

In April 2013 I wrote a post about Mr. Sri Srinivasan and Ms. Kamala Harris. I would like to rehash here for the benefit of our new readers. 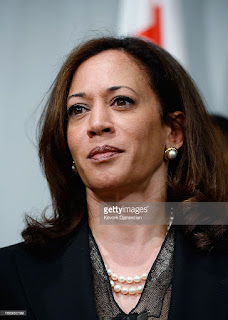 Kamala Devi Harris is California’s Attorney General. She will be running for Senator from California in the coming general election. She is favored to win and become a Senator.
She is the daughter of Dr. Shyamala Gopalan, a breast cancer specialist, who emigrated from Chennai, India. Her dad is Dr. Donald Harris, a professor at Stanford University. When she was young, Kamala Harris learned Bharathnatyam and Carnatic Music. She understands Tamil. Ms. Harris is 52 years old. 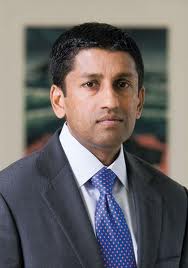 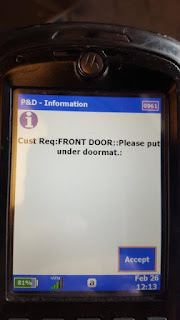 See how the delivery company complied: 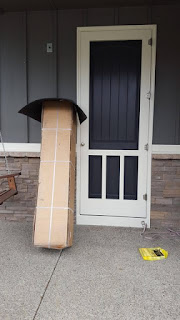