Just read a news item. Very much want to share with y’all.
Erode is a small town in Tamil Nadu.  A gentleman is running a small vegetarian eatery there.  He parcels the mid-day meals and gives to 20 people every day for just one rupee each.  Why is he doing this?  This is what he said.  I will paraphrase:
There is a hospital near my eatery.  People from neighboring villages, who are sick, are admitted there as in-patients.  The food for patients is provided by the hospital.  But the hospital cannot provide food for those (relatives/friends) who are staying there and attending the patients.  Most of them are very poor.  They cannot afford to give Rs.25.00 that I generally charge for lunch.  Therefore, they skip the lunch and go hungry.
Since I am in the food business, I cannot be just a silent spectator to this.  Therefore, I have arranged with the hospital to give daily “tokens” to those poor relatives/friends so that they come here, give the token and one rupee and get the lunch.
Why he charges one rupee and why not give for free?
If I give them for free, their pride will be hurt.  That is why I am charging a nominal fee of one rupee.


Why parcel the food and give them as “take out” and why not let them eat in the restaurant?

I parcel the food with generous helping.  Each parcel has enough food for 2 or 3 persons.  Therefore, they can take the food parcel and share with someone else also.

Glad to see that even today there are people like him in this world.
Posted by SG at 11:53 AM 20 comments:

Next month, December 2012, will have 5 Saturdays. 5 Sundays, and 5 Mondays.  I am also informed that this is happening after 823 years.


Someone told me that this is considered very lucky month.   The Chinese call this the Money Bag.


Since I have nothing else to do, I did some research.  I found this combination (Saturday, Sunday, Monday) happened in December 2007 and will happen again in December 2018.


Also, there is this Doomsday phenomenon  for December 21, 2012.  Believers say this is as per Mayan Calendar.


Come to think of it, December 2012 is really going to be a lucky month.

Football is a popular game in .  It is more famous here than cricket in .  It is not soccer or rugby.  It is sometimes called American Football by non-Americans.  Every city in has organized football leagues for kids starting from the age of 5.  They are put into different levels by age and weight.  They play several games each year.  Parents, family, and friends of all players come to root their teams.  The grounds are so noicy, you would sometime mistake that there is an India-Pakistan cricket match going on there.

Then these kids play high school football representing their schools.  They then move on to college football.  A few talented and lucky players become professionals and make millions of dollars each year, playing only 16 regular games.

There is a custom in the kids level and high school level football games.  It is called “taking a knee” when a player is injured.  Does not matter if the injured player is your own team or opponent, They will kneel down until the player is removed from the field. 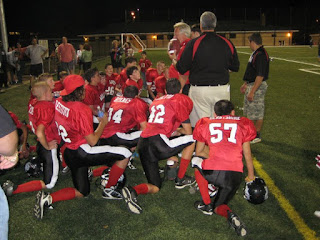 We take a knee and we pray for that player, that the injury is not serious or life-threatening

I asked a football expert.  He said:  Kids are asked to drop to one knee not so much out of respect but to keep them under control while the coach tends to the injury.

Always several explanations for every action.  At least, we will take the good ones.

PS: If someone thinks knee taking is demonstrating Christian belief, it can be changed somewhat to suit the local custom and beliefs.  It is the thought that counts, i.e. pray for the injured player whether he/she is on your team or your opponent’s team.
Posted by SG at 1:48 PM 21 comments:

All In A Day (Haiku) 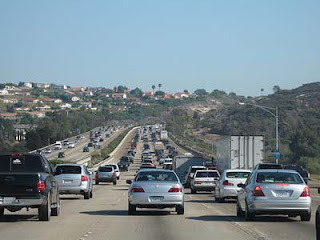 Cannot turn around
Waited, waited, and waited
Finally gave up

No idli batter
No coconut for chutney
Restaurant tonight

Other half loves this
No cooking no production
Restaurants we love
Posted by SG at 9:36 PM 23 comments:

Whenever any Indian origin person becomes famous anywhere in the world, many Indians in India will celebrate and gloat. It does not matter if that person has nothing to do with India or never even visited India. For example:

I do not want to go on and on with more names. Let me come to the point.

A young lady (age 31) has been elected to the U.S. House of Representatives from Hawaii. Her name is Tulsi Gabbard. I have already seen a few Indian television stations described her as the first ever Indian origin woman to be elected to the House of Representatives. I could not stop laughing. In a few days, they may even describe her as being born in a poor village in Tamil Nadu or Uttar Pradesh.

She was born in Leloaloa, American Samoa, to Mike Gabbard and Carol Gabbard. Mrs. Gabbard embraced Hinduism and gave Hindu names to her children. Tulsi is not an Indian origin American.

Dr. Ami Bera is the likely winner from the 7th Congressional District in California to the U.S. House of Representatives. All votes have been counted and they have not declared the results yet because his lead is by 184 votes only. There may be a recount.

Bera’s parents immigrated to USA from Gujrat, India, 50 years ago. He is an Indian origin American. Now I am waiting to see how many people in India are going to claim that they knew Ami’s parents. Some would even claim they are Ami’s childhood friends. Ami was born and raised in USA.
Posted by SG at 5:56 PM 22 comments:

U.S. Presidential election is on November 6. It is very confusing how a person is elected U.S. President. It is not by popular vote. It is how many votes a person gets in “electoral college vote”.

What is an Electoral College vote?

USA has 50 states. Very very big country by area. It is so huge it has 6 different time zones. Theoretically, if someone puts in all efforts in only 12 states and win all these 12 states, he/she can become President. He/She can ignore the other 38 states. Here are the numbers (states and electoral college votes).

Is there anyone who won the election but did not win the popular vote? Yes. Here they are:

Look for a surprise here. Total number of electoral college votes are 538. What if each candidate gets 279 votes and it is a draw? There is a solution in the US Constitution.

That would be fun. Will see what happens on November 6.

PS: * The states of Maine and Nebraska do not have winner take all system. They have “proportional representation” system.
Posted by SG at 10:36 AM 16 comments: